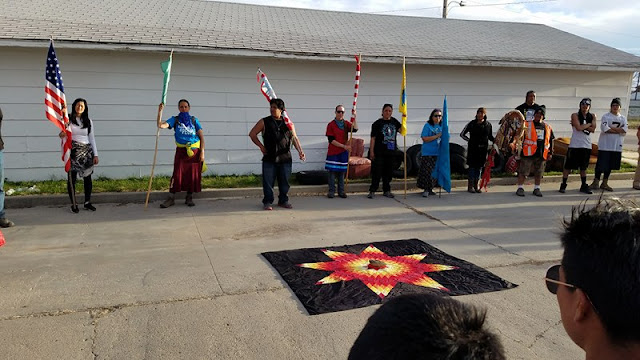 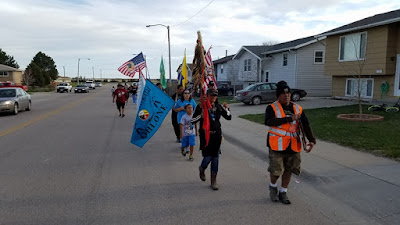 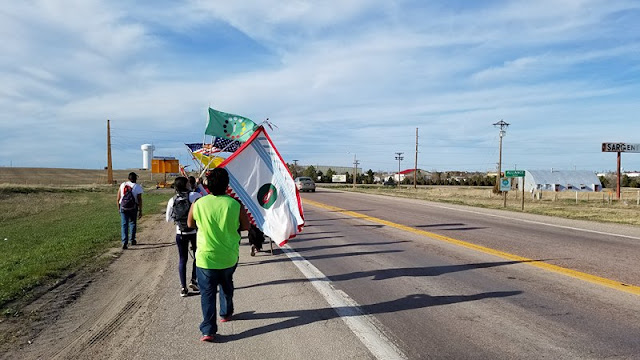 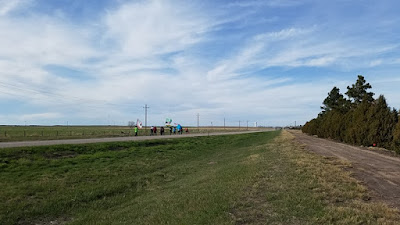 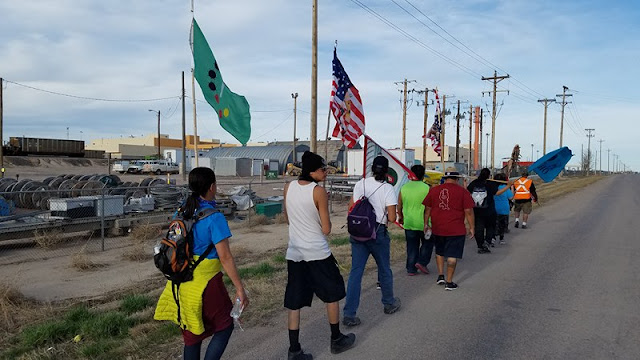 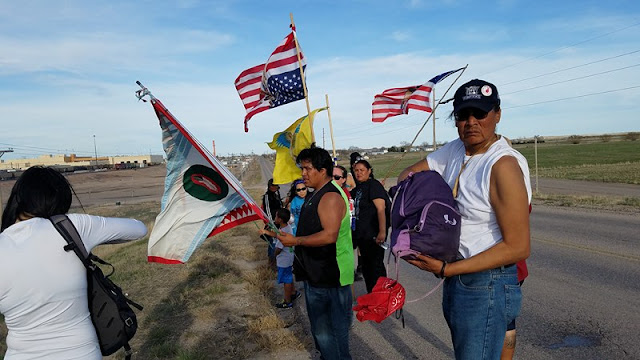 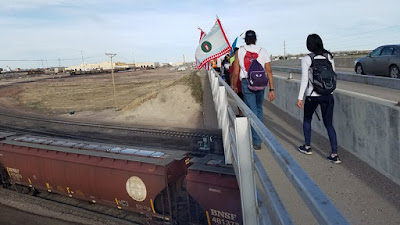 Thank you to Carl Bad Bear Sampson, Western Shoshone, for photos and videos. The walkers are in Alliance, Nebraska, today. Join Long Walk 5 on Saturday, April 8, to speak out against the predatory vendors in White Clay, Nebraska.
at April 07, 2017 No comments:

Please post & distribute.
MNN. April 7, 2017. The US knew that the Lakota, our supporters and allies were unarmed at Standing Rock. The US military unleashed chemical attacks against their own people. It was a violation of international law and a crime against humanity. See story/video: “After Using Chemical Weapons at Standing Rock, U.S. Slams Syrian Attack”  http://theantimedia.org/chemical-weapons-us-syrian/

The American Revolution never happened. It was the first international false flag against the aie-ra-kwa [Iroquois]. The real goal was to chop down the tree of peace and eliminate the great law of peace [kaia-nere-kowa] forever to create the US Republic of War. They mass murdered over 100 million of us in the Western Hemisphere. They got away with it because in their courts we are not people.

PINKY TRUDEAU: “I GAVE THE US MY FULL SUPPORT AND ADVICE TO BOMB SYRIA”.
American exceptionalism is “We have the gun boats. We can attack anyone we want anywhere in the world. Nobody can do anything about it. So shut up!” The tragedy is that Americans believe these filthy lies. They are mostly reduced to money!
US thinks they can commit genocide at will and no one will ever stop them or charge them with any crime.

The generals who run Washington DC authorize these false flag attacks. The vets that came to Standing Rock saw the truth.

The Sioux people and Russia have stood up.
Only the people have the power to stop the ravages. We will not allow anyone in our community to work for the corporation of war. When the women take over the community, then there will be world peace. The business of the women is the children and the land they are brought into. The men’s role to ensure the protection of the people and the land.
As Deep Purple laments: “The sky is red. I don’t understand. Past midnight I still see the land. People are saying the woman is damned. She makes you burn with the wave of her hand. The city’s ablaze. The town’s on fire. The woman’s flames are reaching higher. We were fools, we called her ‘liar’. And all I hear is ‘burn’.” 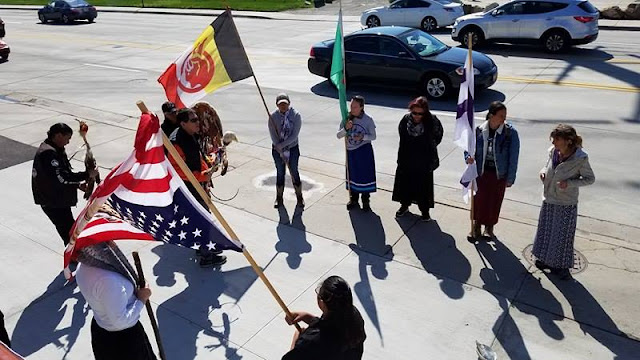 
By Long Walk 5.2
Censored News
On April 8, 2017, the Longest Walk 5.2 invites Native people to gather at 4 p.m. in White Clay, Nebraska. There will be a global live feed then the group will walk in prayer with local horse riders to the Pine Ridge Billy Mills Hall for a 7 p.m. ceremony.
“The Longest Walk 5.2 is a prayer walk and run from San Francisco to Washington D.C. supporting indigenous communities in seeking spiritual and cultural solutions to drug, alcohol abuse, and domestic violence,” said Bobby Wallace, National Walk Chief.
In White Clay, four businesses profited from the sale of 3.5 million cans of beer within the past year, fueling an epidemic of alcohol abuse in Native communities.
“We hope to help shed light on the predatory alcohol vendors in White Clay and honor the community’s ongoing, decades-long battle against these businesses,” Wallace said.
“Take off the blinders, this is for real!”
The Longest Walk 5.2 started on Feb 12, 2017 in San Francisco, California, and follows a central route through the states, ending in Washington D.C. on July 15. During their five-month trek, the runners and walkers are crossing 18 mountain ranges and visiting 54 tribal communities on a 153-day spiritual journey. The group is also collecting data and testimonies from community members in order to understand how these issues are affecting them, to help inspire change, and to find solutions.
The Longest Walks recall days when indigenous messengers traveled long distances to spread news, and continues centuries-long indigenous resistance to colonization. The first Longest Walk took place in 1978 to protest 11 Congressional bills that would have repealed treaties that ensured Indian sovereignty, all of which were struck down after the march. In 2016, American Indian Movement co-founder Dennis Banks initiated the Longest Walk 5, in memory of his granddaughter Rose Downwind, who was brutally murdered by her boyfriend. The Walk crossed the country on a southern route covering Indian Country from La Jolla Shores, California to Washington D.C. In 2018, the Longest Walk 5.3 will cover the Northern route across the country from Seattle to Washington D.C.
(Please share and share this important part of our journey.) Thank you.
Media Contact: Ray St. Clair, (248) 798-2196, flyinghawk68@gmail.com, longestwalk.us
at April 07, 2017 No comments: 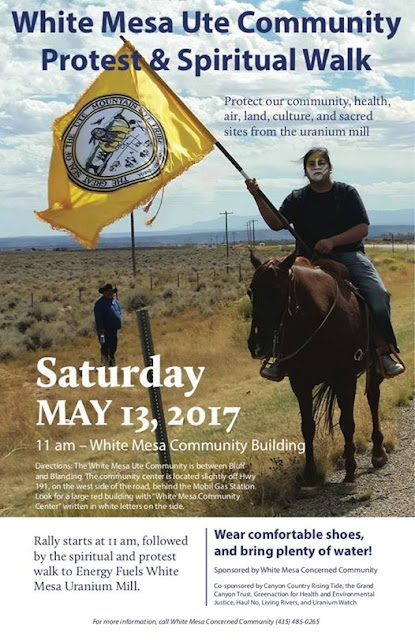