Zapatistas 'Prelude: Timepieces, The Apocalypse, and the Hour of the Small' 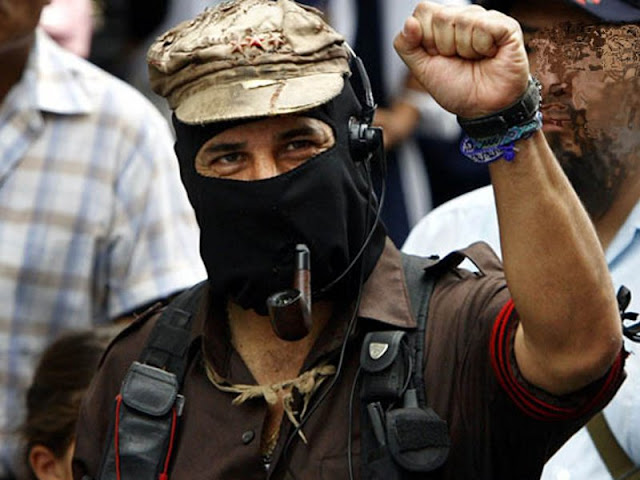 Good afternoon, evening, day, morning.We want to thank the compañeras and compañeros of CIDECI-UniTierra for having offered, with compañero generosity, this, their space, once again in order that we can meet here; as well as the support teams for the Comisión Sexta [Sixth Commission of the EZLN] who are in charge of transportation (we hope they don’t get lost again), logistics, and security for this event. 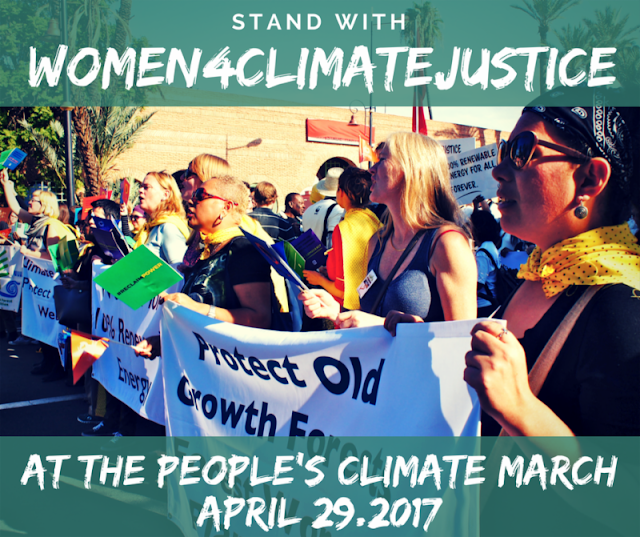 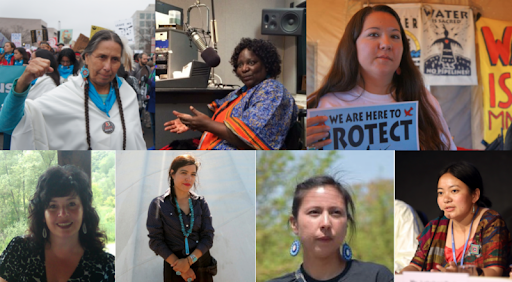 UGH! HOW…MUCH! CORPORATION MAKE US REDDER!
The US Republic of War is always at war since its creation. At Standing Rock the corpo tribal council tell the prayer people what to do. In the past all of us were murdered. Today we are attacked, threatened and robbed. The criminals get away with it.

The incorporated fraudsters calling themselves “Haudenosaunee Confederacy Chiefs Council” “Haudenosaunee Development Institute” and “OGWAWISTA INC. SC file No 1-58391” pretend to represent us by physically and mentally intimidating us, although they are an artificial entity, a corporation. That’s how the colony of Canada gets us in their Admiralty court.

AFTER INCORPORATION WE’LL BE TOURIST ATTRACTIONS!
HDI incorporated us without our knowledge. They have alienated themselves from the rotino-shonni, forfeiting their birthright, name and clan. They become totally naked from the circle of families. The territory called “Six Nations” is the corporation called the Crown [Vatican] test for the all-out theft of great turtle island.

onkwe-hon-weh, the choice is slavery or freedom?

CROWN OWNED HDI, CORPO CHIEFS AND TRIBALS.
Throughout history liars have used their courts to enforce their corporate dogma. The Admiralty courts of the private Crown corporation, Canada and USA, have no sovereignty over us or our land.
The Standing Rock tribal council cooperated with the armed US military forces to attack us. They suffer no consequence and have no sense of guilt. The executive branch is not held responsible for its capital crimes. The precedent is set for us and US citizens to be attacked at will. When we and the colonial settlers don’t defend ourselves, we deserve those chains of slavery we’ve been wearing for 500 years. Some of us will stand up until the rest of the sheeple wake up.

WE AREN’T FOOLED!
We stand on the kaia-nereh-kowa. Their courts cannot deal with that legality because they are all Admiralty, law of the sea, which are only for banks, corporations and always about money. We have always been explaining our position of peace and righteousness.   Every nation on ono-ware-keh is under the two row which is based on our original instruction from creation.
One of our men said at one of our recent adventure in Admiralty, “Judge, this is why you sit outside the circle. You have no jurisdiction to prosecute us. We’ll think about it according to the great peace.” HDI and their followers can pack their bags. Crown Corporation like USA and Canada have been evicted from nations like Vietnam, North Korea, India, Africa and elsewhere. The circle is the greatest fear of the pyramidal power structure based in the City of London. The sun is setting on the British Empire.
The 1491’s sing about corporate WANNABE INDIANS: “Like the Seminole, Navajo, Kickapoo. Like those Indians, I’m an Indian too. A Sioux. A Sioux. Just like Battle Axe, Hatchet Face, Eagle Nose. Like those Indians, I’m an Indian too”.
Mohawk Nation News kahentinetha2@yahoo.com for more news, to donate and sign up for MNN newsletters, go to mohawknationnews.com More stories at MNN Archives.  Address: Box 991, Kahnawake [Quebec, Canada] J0L 1B0 or original Mohawk music visit https://soundcloud.com/thahoketoteh
RIVERS HAVE HUMAN RIGHTS http://govtslaves.info/governments-now-extending-human-rights-to-rivers/
GOTHAM SHIELD http://investmentwatchblog.com/breaking-news-massive-power-outage-in-san-francisco-huge-exercise-gotham-shield-just-as-north-korea-threatens-missile-test/
PYRAMIDS OF CONTROL http://collectivelyconscious.net/articles/10-ways-to-stop-being-a-slave-and-bring-down-the-pyramids-of-control/KOREA: JAPAN SENDS DESTROYERS TO U.S. CARRIER GROUPShttps://sputniknews.com/asia/201704211052867837-japan-destroyers-drills-tensions/
https://www.youtube.com/watch?v=33D3NOl0-ag CONGRATS NORTH KOREA.