Peabody Coal is number 16 on the list of the top 100 most polluting companies in the world. The Navajo Nation has just extended the lease of the dirty coal fired power plant that uses Peabody Coal from Black Mesa. Peabody's clearing of the land for coal mining on Black Mesa is the real cause of Navajo relocation.

The Guardian reports, "Just 100 companies have been the source of more than 70% of the world’s greenhouse gas emissions since 1988, according to a new report."

The Carbon Majors Report (pdf) “pinpoints how a relatively small set of fossil fuel producers may hold the key to systemic change on carbon emissions, The Guardian reports
Peabody's coal mining on Black Mesa has resulted in 40 years of misery for Navajos on Black Mesa, both those who were relocated and those who resist relocation. Peabody Coal continues to poison the land and water with coal mining on Black Mesa.
The Navajo Nation government, in collusion with U.S. and Arizona politicians and corporations, has just extended the lease of one of the dirtiest coal fired power plants in the world, The Navajo Generating Station in Page, Arizona, on the Navajo Nation, which provides electricity to southern Arizona.
Read more about the worst polluters in the world at The Guardian:
https://www.theguardian.com/sustainable-business/2017/jul/10/100-fossil-fuel-companies-investors-responsible-71-global-emissions-cdp-study-climate-change?CMP=twt_gu
at July 16, 2017 No comments:

Mohawk Nation News
Please post & distribute.
MNN. JULY 1, 2017. konon-hontsa-kwe-nio, the women will always follow the ways of the earth, the life givers. Without women and without the land, there is no life. If the land is good, it produces life. When the sun shines, the grass grows and the water flows, meaning when her water breaks, then life appears. If not, there is no more life.

KONON-HONTSA-KWE-NIO.
The genocide was planned by private European “money’crats” as a fraudulent, massive real estate deal. They can never have title to ono-ware-keh, turtle island, which we are a part of. They can never own us or this land now or in the future.
The colonial settlers continue trying to “renegotiate” all former fraudulent deals. One of their Papal Bulls said that everything on earth belongs to God and the Catholic Pope is the “legal” representative of God on earth. Therefore the Pope owns everything on earth.
They use lies, trickery and threats to steal our birthright and basic human rights as prescribed by creation.
The occupiers have come in with guns and are taking everything they want. To stay they must adhere to the constitution of the natural people here. We all follow the great peace.

WOMEN UPHOLD PROTECTION OF FUTURE GENERATIONS TO OUR BIRTHRIGHT TO THIS LAND.
The masses are being used and abused. They need re-impowering to take back from the establishment what was designed by creation. Everyone has the right to enjoy creation. No one has a right to deny this to anyone.
The corporation surrounds us with paid killers with guns, tanks, automatic weapons and threats to murder us!

We are not naïve. Those who pull the trigger for them are the masses. When their usefulness is done they will be thrown out with the garbage. The establishment keeps only that which is useful to them.
dekanawida reintroduced kaia-nere-kowa, the great peace, back to the people. We were the first to accept it and agreed to promote it to the world.
so-tsi-ion-kwari-wa-ni-ron, we are strong in our philosophy and principles. We have no problem agreeing with reality and truth.
Janis Joplin sings about motherhood: “Summertime, time, time. Child, the livin is easy. Fish are jumping out and the cotton, the cotton is so high. Your daddy’s rich and your momma’s so good looking, baby. Looking good now. Hush, baby, baby, baby, baby, baby. No. no. no. no. don’t you cry. Don’t you cry”.
Mohawk Nation News kahentinetha2@yahoo.com for more news, to donate and sign up for MNN newsletters, go to mohawknationnews.com More stories at MNN Archives.  Address: Box 991, Kahnawake [Quebec, Canada] J0L 1B0 or original Mohawk music visit https://soundcloud.com/thahoketoteh
‘This is what reconciliation ought to look like’: Liberal MP makes statement in Mohawk in the House of Commons
http://toronto.ctvnews.ca/mobile/six-nations-warn-of-consequences-if-ont-doesn-t-return-to-talks-1.1908683#.U8RmiH5bpBg.facebook 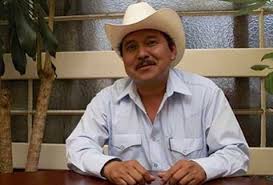 Mario Luna, spokesperson for Vicam Yaqui, was kidnapped and falsely imprisoned for one year after the Vicam Traditional Authority manned a highway blockade on Yaqui land to protest the theft of their water. Now, his partner's car was fire bombed on June 27, at their home.
Just two days earlier, Mario was among the speakers at the Havasupai Gathering to Oppose Uranium Mining in the Grand Canyon.
Earlier, Vicam Yaqui manned the highway blockade for years, disrupting coastal truck transport in Sonora, to protest the theft of Yaqui water for an aqueduct for the City of Hermosillo, Mexico. Mario was kidnapped and falsely imprisoned as he served as a spokesman for Traditional Vicam Yaqui water protectors. Since his release from prison, he has presented their case to the United Nations.
Mario also was among the water protectors at Standing Rock in 2016.
Censored News provided live coverage from Vicam Pueblo of the Vicam Yaqui's water struggle and blockade in Sonora. Earlier, Zapatistas gathered at Vicam to show their support for water rights to Rio Yaqui and Indigenous rights here.
Amnesty International issued the following statement concerning the fire bombing of the car and the risks that Mario and his family face.

Amnesty International
URGENT ACTION
ASSAILANTS BURN HUMAN RIGHTS DEFENDER’S CAR
Unidentified intruders entered the residence of Mario Luna Romero, leader of the Indigenous Yaqui community in Sonora state, northern Mexico, and set fire to his partner’s car. To date, no protection measures have been provided at the defender’s house and investigations are advancing slowly. Mario Luna and his family remain at risk.
In the morning of 27 June, Victoria Anahí Ochoa Domínguez, the wife of Mario Luna Romero, observed smoke rising from their garage and ran outside to find her vehicle on fire. A few hours later, when her husband arrived home from an overseas trip, he reported the incident to the federal Mechanism for the Protection of Human Rights Defenders and Journalists, from which he receives protection measures as a defender of the Indigenous Yaqui community’s territory in Sonora state. Representatives of the Protection Mechanism assured him that state security police would promptly be sent, but the police never arrived. In turn, Mario Luna called the local investigative police who came to inspect the scene that same day. They found evidence of a glass bottle filled with gasoline and wrapped in cloth that had been thrown under the car, clearly signaling an intentional attack.
This is not the first time that Mario Luna and his family have faced security incidents. Anahí Ochoa told Amnesty International that in the weeks prior to the 27 June incident, unfamiliar vehicles were stationed outside of their home on repeated occasions. Mario Luna has carried out a number of activities in defense of collective rights of the Yaqui community, especially in relation to the right to water in light of the Independence Aqueduct, a project which could threaten the community’s access to water and cultural survival.

1) TAKE ACTION
Write a letter, send an email, call, fax or tweet:
Calling on authorities to urgently ensure effective implementation of the protection measures owing to Mario Luna and his family under the Mechanism for the Protection of Human Rights Defenders, especially regarding patrols by Sonora State Police and security cameras in his home;
Calling on them to ensure a prompt, impartial and exhaustive investigation into the incident of 27 June, especially in relation to forensic evidence including the analysis of fingerprints found on the burnt vehicle, to make the results public and to bring those responsible to justice;
Calling on them to urgently and publicly recognize the legitimate role of Mario Luna as a human rights defender in order to send the message that attacks against him and his family are unlawful.