Terry Tempest Williams: Castle Rock is alive. It has a heartbeat. 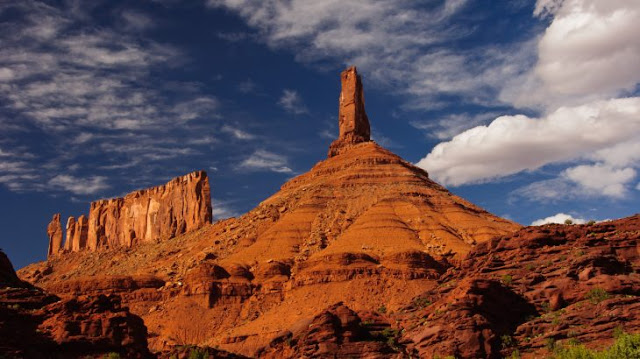 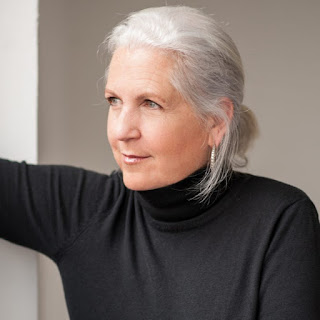 As a child, Mormons told Terry Tempest Williams that she had no authority to speak. Today, she spoke to hundreds of great thinkers and she told them of the heartbeat of the Earth.

The extraordinary speakers today at Bioneers included author Terry Tempest Williams, who spoke passionately of her homeland Utah and what has happened to Bear Ears and the Navajo land at Aneth, Utah, invaded and eroded by oil and gas drillers.

Williams also spoke of the Mormons who told her as a child that women and Natives have no right to speak. Today, Williams spoke out. She spoke out about a heartbeat at home, in the red rock canyonlands of Utah.

She told us that the rocks have a heartbeat, a pulse, and it is the heartbeat of Mother Earth. And now scientists know this as well. They have measured and recorded the heartbeat of the rocks, of the earth. "Castle Rock is alive," Williams told the crowd. Williams asked the crowd to take a moment and listen to the pulse of the earth. And the room was silent. She said Castle Rock is not unique, it is just one of many and its story is the story of the other rocks as well.
Williams poetic voice also resounded the 'Boom' at home: The sound of Trump hanging an 'open for business' sign on Bear Ears, opening it to the fossil fuel industry to gouge out its insides, already scarred from uranium mining, coal mines and copper mines, while Navajos have no clean water to drink. Williams, nature writer and activist, also spoke of the disrespect that Trump has shown to all of the Indian Nations whose homeland is in what is today known as Utah.

Williams told those gathered at Bioneers:

We are eroding, we are evolving together. This is the place we create from, with love, with courage, in grief, and with anger. What do we do with our anger? With a name like Tempest, I can tell you I don’t have a lot of hope. But I have sought wisdom from my elders, the elders that we live near – Willie Grayeyes, a community organizer who now is a county commissioner in a Navajo majority in San Juan County Utah. When he was told that he was not a resident of the state of Utah, that it was an illegitimate election from an illegitimate candidate, whose family have lived in Navajo mountain for generations, when they asked what right he has to the state of Utah, he simply said, “My umbilical cord is buried here.” When I asked Willy what do we with do with our anger, he said, “Terry, it can no longer be about anger. It has to be about healing.” Going to the source of our pain, and recognizing it, owning it, apologizing for it, embracing it with a commitment to change.

And when I asked Jonah Yellowman, a medicine person among the Diné what he was seeing, he said, “Terry, we have to go deeper.” And so I ask us today, together, what does that look like for each of us, each of us in our own places with our own gifts, in the places we call home.

And Evangeline Gray, a medicine woman, who’s been fighting for water rights for her people in San Juan County for 30 years, still no water, she says to dwell is to see things as they are. And then you stay and fight for those things that you see for your community. It is a privilege, she said.

We are eroding and evolving at once. Perhaps Jonah’s call to go deeper is a call to acknowledge the power that resides in the Earth itself. The organic intelligence inherent in deserts and forests, rivers and oceans, and all manner of species beyond our own, even within our own bodies. We cannot create wild nature, we can only destroy it, and in the end, in breathtaking acts of repentance and renewal, try to restore what we have thoughtlessly removed at our own expense, be it wolves in the Yellowstone or willow flycatchers along the Colorado River. We are eroding and evolving at once.

How do we find the strength to not look away at all that is breaking our hearts? Hands on the earth, we remember where the source of our authentic power comes from. We have to go deeper. What has been weathered and whittled away is as beautiful as what remains – erosion, essence. We are eroding and evolving at once.

Bioneers writes:
Wind, water, and time are agents of erosion evident in the desert. They have shaped the spectacular physical landscape of our nation from the Great Smokies to the Grand Canyon. But Terry Tempest Williams is also seeing another kind of erosion in America: erosion of democracy; erosion of science, decency, compassion, and trust.  “How do we find the strength to not look away from all that is breaking our hearts?” she asks. “What if our undoing leads us to our becoming? We are eroding and evolving, at once.” Terry Tempest Williams, one of this country’s most beloved authors and defenders of public lands, and social and environmental justice comes to us from her desert home in Utah.  She writes, ” Beauty is its own resistance. Water can crack stone.”

Erosion's publisher Macmillan writes:
Terry Tempest Williams is one of our most impassioned defenders of public lands. A naturalist, fervent activist, and stirring writer, she has spoken to us and for us in books like The Hour of Land: A Personal Topography of America’s National Parks and Refuge: An Unnatural History of Family and Place. In these new essays, Williams explores the concept of erosion: of the land, of the self, of belief, of fear. She wrangles with the paradox of desert lands and the truth of erosion: What is weathered, worn, and whittled away through wind, water, and time is as powerful as what remains. Our undoing is also our becoming.
She looks at the current state of American politics: the dire social and environmental implications of recent choices to gut Bears Ears National Monument, sacred lands to Native People of the American Southwest, and undermine the Endangered Species Act. She testifies that climate change is not an abstraction, citing the drought outside her door and at times, within herself. Images of extraction and contamination haunt her: “oil rigs lighting up the horizon; trucks hauling nuclear waste on dirt roads now crisscrossing the desert like an exposed nervous system.” But beautiful moments of relief and refuge, solace and spirituality come—in her conversations with Navajo elders, art, and, always, in the land itself. She asks, urgently: “Is Earth not enough? Can the desert be a prayer?”

This article will tell you a little more about the heartbeat
https://www.earth.com/news/utah-rock-formation-vibrates/
at November 08, 2019