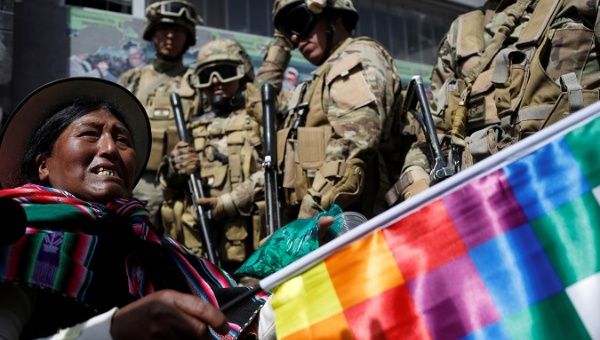 Writing this dispatch from Bolivia, the conflict here is spiraling out of control and I fear it will only get worse.
I am writing from Bolivia just days after witnessing the November 19 military massacre at the Senkata gas plant in the indigenous city of El Alto, and the tear-gassing of a peaceful funeral procession on November 21 to commemorate the dead. These are examples, unfortunately, of the modus operandi of the de facto government that seized control in a coup that forced Evo Morales out of power.