By No More Deaths
Censored News

Yesterday, we sat in court and heard the government's opening arguments against No More Deaths volunteer Dr. Scott Warren. Though we have heard them all before, the scope of the accusations remain deeply unsettling. Prosecutor Anna Wright went so far as to claim that the defense's arguments may be full of "distractions", by which she meant the greater context in which Scott and the rest of us live and work every day. A context in which we encounter human remains multiple times a week. A context in which a border patrol agent can destroy life-saving aid and face no consequence, while Scott faces up to 10 years in prison for his humanitarian efforts.
Today we are asking you to join with us, the Detention Watch Network and people across the nation as we call on Congress to hold CBP accountable for their egregious human rights violations and cease funding an agency so rampant with abuses.

Right now Congress is negotiating and deciding the budget for Fiscal Year 2020. It is imperative that the ‘power of the purse’ be used to back critical programs that support our communities instead of funding detention, deportation and a culture of cruelty. 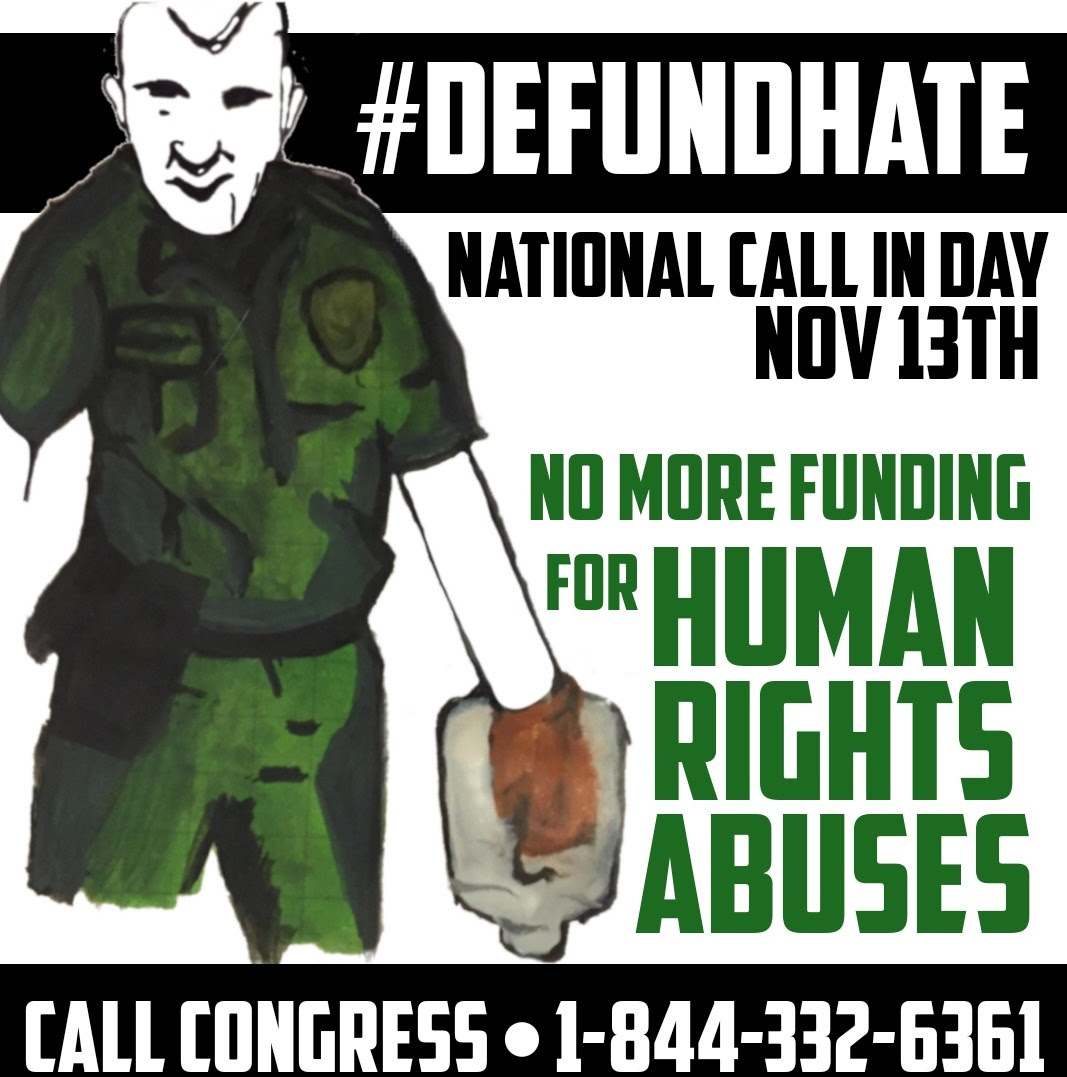 Call this number and follow the instructions to connect with your members of Congress. When you reach them, use the following script as a guide, and add an example of why this is important to you and for your community.
Hi, my name is [NAME] and I'm calling from [PLACE]. I'm calling to ask [MoC] to make sure that ICE and CBP don't receive any increased funding in the short-term funding bill Congress is likely to consider in November. I expect [MoC] to oppose all requests for increased funding for these agencies--including all "anomalies" for CBP and ICE which we know they will use to expand immigrant detention and implement other cruel anti-immigrant policies. Will you commit to work to Defund Hate?
Thank you for joining us in standing up to the systemic violence of the U.S. Border Patrol. Please check our website and social media for daily trial updates and support us if possible.
No More Deaths
P.O. Box 40782
Tucson, AZ 85717
Posted by Censored News, publisher Brenda Norrell at November 13, 2019