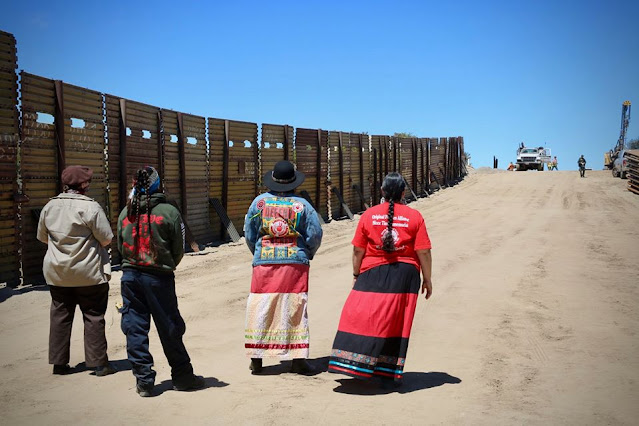 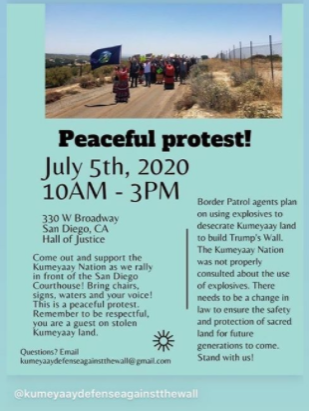 At the US-Mexico border south of Boulevard, California, Border Patrol agents plan to use explosives to prepare the ground for 18-ft bollard-style border wall. This is a border wall replacement project, meant to replace 12-ft corrugated steel landing mats. The Border Patrol has not properly notified local communities about the project, especially the Kumeyaay, who have a cultural and spiritual interest to this region. Ancestral artifacts and fragments of bones have been found in the area. Explosives will desecrate the earth.

On Monday, June 29, Indigenous Kumeyaay leaders and allies organized a surprise visit to the site, just as the Army Corps of Engineers prepared to detonate the explosives. The group prevented the Army from continuing with the detonation, and had the explosives removed for failure to properly follow the process of community notification.

It is likely that the Border Patrol will move forward with their plan of desecrating the land with explosives. The Kumeyaay leaders have asked that community members remain vigilant and continue to follow their lead for continued actions.

In this photo, indigenous woman sing a prayer song as they wait for Border Patrol to update them on the progress of the explosive removal. 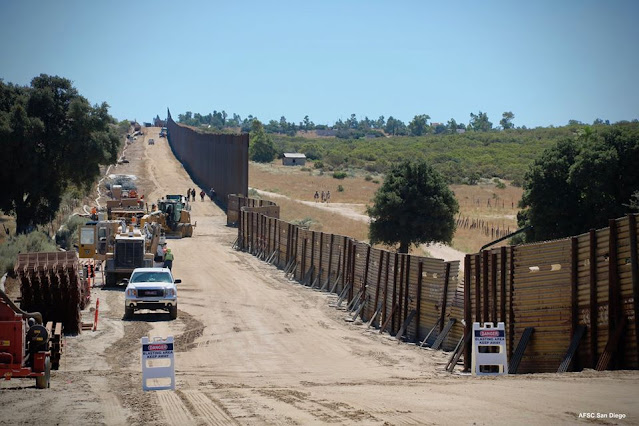 CBS News: TIERRA DEL SOL, Calif. — For the second time this week, blasting had to be stopped along the border as protesters showed up at the border wall construction site near Boulevard.
Members of the Kumeyaay Tribe are concerned their ancestors may be buried where the blasting is taking place.
“That’s why we're all here because we believe we can make a difference,” said Bobby Wallace in a staging area before Wednesday’s march. 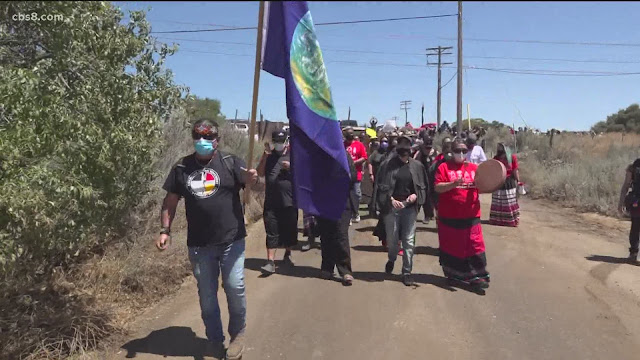