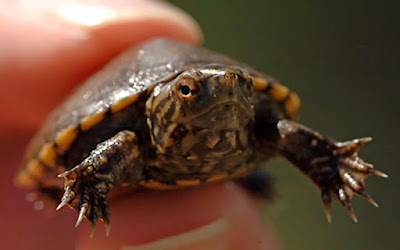 The construction of the U.S. Border Wall is depleting the water from the Quitobaquito Spring, sacred since time immemorial to Tohono O'odham. The spring nourishes two endangered species found nowhere else in the world, the Sonoyta mud turtle and Quitobaquito pupfish.

The Trump administration is proceeding with the construction of the border wall in violation of all federal laws protecting Native American sacred sites, endangered species and those that protect the land, water and air, and depleting the scarce water sources in the Sonoran Desert.

"The spring is drying up. It has never been this low. Wall workers are currently trenching nearby for the lights that will go on the 30-foot border wall. This sacred place, this life-giving spring of the O'odham is being desecrated," an Ajo resident said.

Border wall construction has been depleting groundwater for spraying to tamp dust, and for mixing concrete for footings. 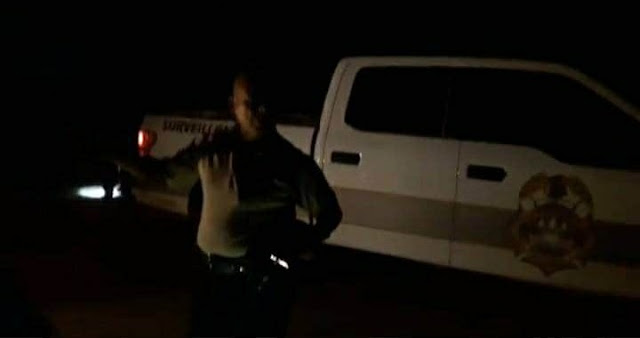 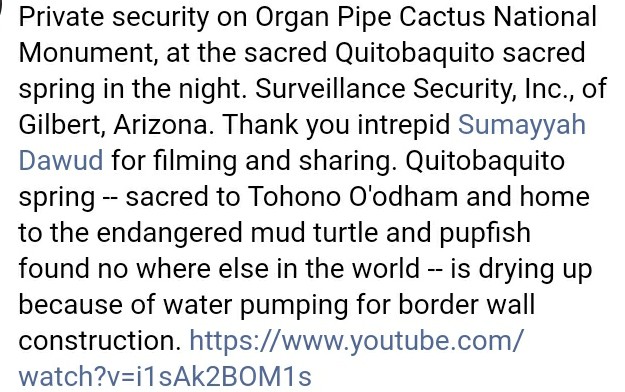 Laiken Jordahl, of the Center for Biological Diversity, has been documenting the destruction for months. "Quitobaquito Springs, a stunning oasis sacred to the O'odham and home to two endangered species, is drying up. The Department of Homeland Security is siphoning millions of gallons of groundwater and digging trenches for wall construction while refusing to complete any environmental analysis."

The Blasting of Monument Hill

Here in the Sonoran Desert at Organ Pipe Cactus National Monument, the U.S. blew up with dynamite the area of Monument Hill for the border wall in February, a burial place of Tohono O'odham.

The macabre action of the U.S. government came on the same day that Tohono O'odham Chairman Ned Norris, Jr. testified before a Congressional committee on this destruction and the violation of federal Native American Protection laws.

"It's hard to see the blasting you showed on the video today because I know in my heart and what our elders have told us and what we have learned that that area was home to our ancestors," said Norris, choking up during the Congressional testimony. "Blasting and doing what we saw today has totally disturbed, totally forever damaged our people."

"This disrespect for our sacred sites and their desecration at the hands of our federal government is deeply painful. These sites are not only sacred to the Nation; they are a part of our shared cultural heritage as United States citizens," Norris said.

Chairman Norris said there is no difference in this and building a 30-foot wall at Arlington Cemetery or the National Cathedral. He said the Tohono O'odham Nation deserves respect and there must be mandatory consultation requirements put in place between Native American Nations and the U.S. government that involves more than the current lip service.

Cronkite News reports on the fate of the endangered Sonoyta mud turtle.

"Nearly three years after it won endangered species status, the Sonoyta mud turtle was granted 12.3 acres of protected habitat this week – but supporters worry that that habitat may no longer provide all the protection the turtles need. The U.S. Fish and Wildlife Service on Tuesday designated an area in the Organ Pipe Cactus National Monument, in the turtle’s historic territory in the Rio Sonoyta watershed, as protected.

"But that habitat bumps right against the U.S.-Mexico border, where one expert said construction crews 'are pulling huge amounts of water out of the aquifer' to work on the border wall." Read more.

The Center for Biological Diversity lists all the endangered species whose habitat is impacted by the border wall, including the local elusive jaguar and elegant Sonoran pronghorn. 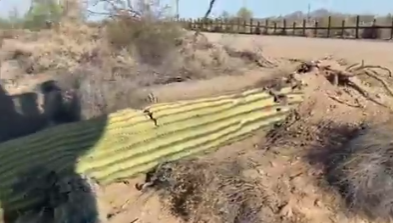 Laiken Jordahl June 27, 2020: "The Dept. of Homeland Security continues to topple ancient saguaro cactuses for border wall construction at Organ Pipe. An arm on this giant had just started to fruit before it was bulldozed over. "

Dear friends and family, Quitobaquito Spring is in danger. "According to data from the US Geological Survey the discharge rate from the Quiitobaquito Springs in Organ Pipe Cactus National Monument has fallen to a record low.

The timing of the decline tracks a seasonal change that has been seen in previous years as the summer heat and lack of rains deplete moisture in superficial ground layers, but this year’s drop comes at a time when the average flow rate is already at only a third of the average output compared to the previous 11-year average. The pumping of water from Rio Sonoyta for agricultural purposes has raised public concerns about the possible depletion of the groundwater that feeds the spring. So too has the recent pumping of groundwater for use in the construction of the sections of the US border wall.

There is also an unknown degree of the potential damage that could be done by the vibrations of heavy construction equipment to the earthen dam that holds water in the wetland pond that is fed by the spring. Damage to the lining of the dam could cause water to leak out of the pond. The pond is the only surface water for miles and home to the endangered Quitobaquito pupfish" Ajo Copper News July 7, 2020

Please join me in contacting the House Natural Resource Committee Chair, who oversees National Parks and the Subcommittee for Indigenous Peoples of the US, and ask that construction of the border wall at and near Quitobaquito Spring be halted for environmental impact studies to take place. Also that the concerns of the desecration of ancestral burial sites and sacred land of the O'odham are heard and addressed. 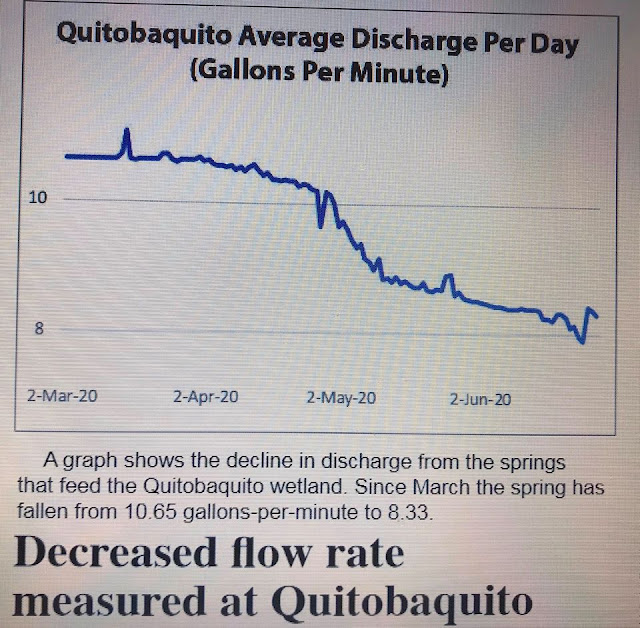