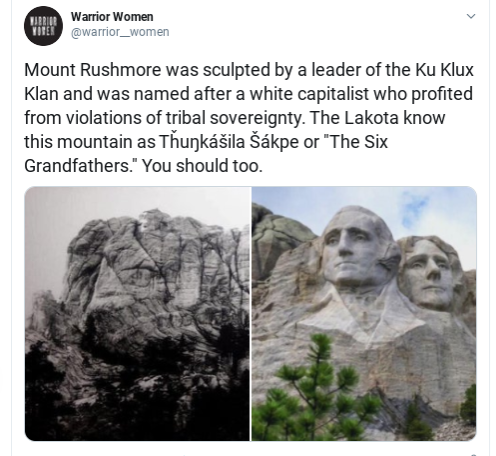 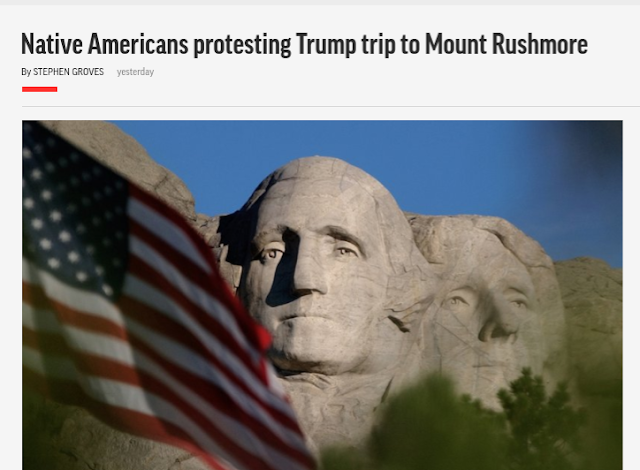 The monument was conceived in the 1920s as a tourist draw for the new fad in vacationing called the road trip. South Dakota historian Doane Robinson recruited Borglum, a member of the Ku Klux Klan.

SIOUX FALLS, S.D. (AP) — President Donald Trump’s plans to kick off Independence Day with a showy display at Mount Rushmore have angered Native Americans, who view the monument as a desecration of land violently stolen from them and used to pay homage to leaders hostile to Indigenous people.

Several groups led by Native American activists are planning protests for Trump’s July 3 visit, part of Trump’s “comeback” campaign for a nation reeling from sickness, unemployment and, recently, social unrest. The event is slated to include fighter jets thundering over the 79-year-old stone monument in South Dakota’s Black Hills and the first fireworks display at the site since 2009.

But it comes amid a national reckoning over racism and a reconsideration of the symbolism of monuments around the globe. Many Native American activists say the Rushmore memorial is as reprehensible as the many Confederate monuments being toppled around the nation.

“Mount Rushmore is a symbol of white supremacy, of structural racism that’s still alive and well in society today,” said Nick Tilsen, a member of the Oglala Lakota tribe and the president of a local activist organization called NDN Collective. “It’s an injustice to actively steal Indigenous people’s land, then carve the white faces of the conquerors who committed genocide.”