Indigenous Rights Defenders Battle to Their Deaths in Mexico

Simon was gunned down outside a market in Simojovel, a town in Chiapas state, on July 5. He was known better as Simón Pedro and had been active in a social justice organization born out of the 1998 massacre of 45 Indigenous people in the nearby town of Acteal.
Read more »
at July 13, 2021 3 comments:

MNN. July 13, 2021. To help the lowest of the low invading predators continue to rule Canada [squatter land] forever, Governor General Mary Simon and AFN president Roseanne Archibald are signing the administrative death warrants of the indigenous people of turtle land. You know that the Crown killed us and our children and you have agreed to be part of it. Canada did and knew about the genocide because they planned and implemented it to this day. 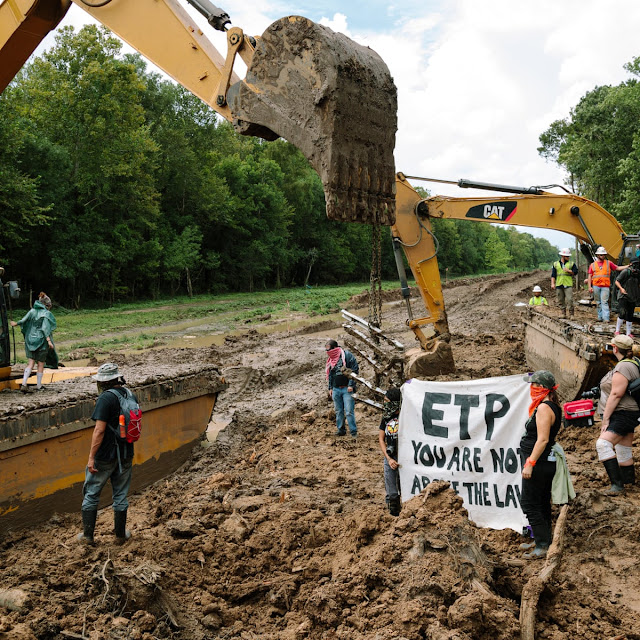 By Center for Constitutional Rights

MARTINVILLE, Louisiana – Sixteen pipeline protesters and a journalist who had been arrested and charged with felonies in 2018 celebrated a major victory for the First Amendment after a local district attorney in Louisiana rejected all charges and vowed not to prosecute them under Louisiana’s controversial amendments to its critical infrastructure law.

In 2018, in the midst of fierce opposition to the Bayou Bridge Pipeline and at the urging of the Louisiana Mid-Continent Oil and Gas Association, the Louisiana legislature added pipelines to the definition of critical infrastructure to significantly heighten the penalties for people protesting pipeline projects. The amendments made it a felony punishable by up to five years in prison, with or without hard labor, for being on or near pipelines or construction sites allegedly without permission. The Bayou Bridge Pipeline, built by Energy Transfer Partners, is the tail end of the same network of pipelines that includes the Dakota Access Pipeline.