Dene Nation will be at Ottawa Protest against Keystone XL Pipeline 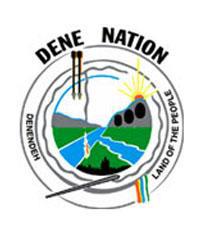 YELLOWKNIFE, Northwest Territories -- The Dene Nation is supporting a day of civil disobedience and protests in Ottawa next week as part of its ongoing opposition to the proposed Keystone XL pipeline. Dene National Chief Bill Erasmus will be there to participate in the protests and to make sure the views of Dene are represented.

On Monday, hundreds of people will flood Parliament Hill to demand a future free of the destructive Alberta tar sands. Many of them will enter the Parliament building and risk arrest by staging a sit-in in protest of the proposed Keystone XL pipeline that, if built, will carry tar sands crude to refineries in the southern United States.

“This is part of ongoing activity that is directly related to opposition of the tar sands,” Erasmus said. “From northern Alberta to the Arctic Ocean, our communities are directly downstream from tar sands developments. Water pollution and climate changing greenhouse gases from the tar sands are impacting our rights - protected under Treaty 8 and Treaty 11 - to hunt, trap, and fish as we always have on our land. The Keystone XL pipeline expansion would facilitate a huge increase in tar sands expansion, and this pipeline must be stopped."

Canada’s federal government has approved the pipeline, and the final decision now lies with U.S. President Barrack Obama. Erasmus was recently in Washington, D.C. for massive protests against the pipeline in which many participants, including several renowned Canadians, were arrested.

The proposed Keystone XL pipeline would transport 1 million barrels of synthetic crude oil each day from Alberta’s tar sands to US refineries in the Gulf of Mexico. Construction of the 2,700 km pipeline would facilitate a massive expansion of Alberta’s tar sands, along with increased pollution, stress on water resources, and greenhouse gas emissions. Dene communities are downstream from the tar sands, and are threatened by the impacts of upstream water usage and pollution, and the impacts of climate change and
global warming.