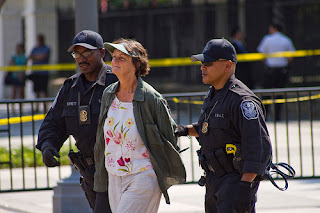 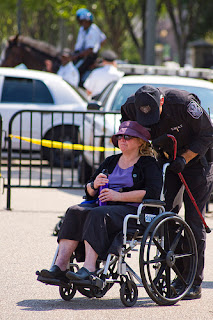 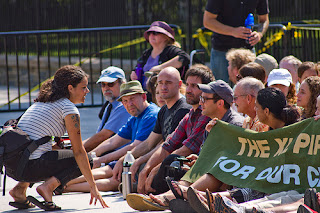 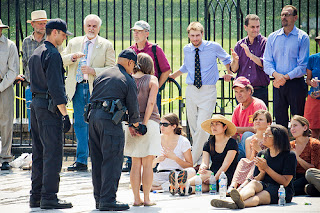 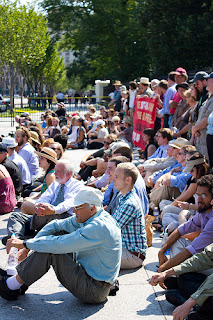 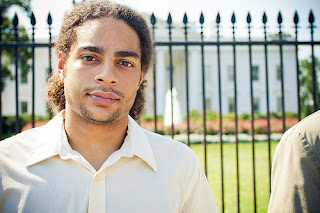 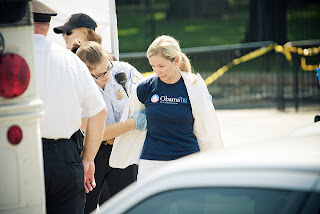 Photos by Josh Lopez/Tar Sands Action. Portraits of some of those arresed today at the White House to halt the tar sands XL Pipeline.
See portraits of all today's heroes at the Tar Sands Photostream. Thanks to all the photographers who make this possible each day:
http://www.flickr.com/photos/tarsandsaction/
Tomorrow, Friday, Native Americans and First Nations arrested at the White House.
at September 01, 2011 No comments:

Native Americans and First Nations to be arrested at White House 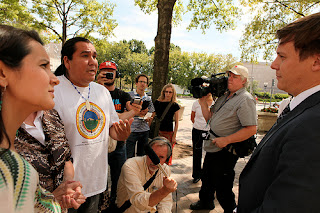 WASHINGTON -- Native Americans and First Nations will be arrested at the White House on Friday, urging President Obama to say "No"' to the Keystone XL Pipeline that threatens Indian country and the enormous Ogallala aquifer in the heart of the nation.

Representatives of Canada’s Assembly of First Nations, First Nations community members, Native Americans from the United States and the Indigenous Environmental Network, will be arrested in front of the White House to protest the proposed Keystone XL pipeline.

"President Obama will decide the fate of this massive project later this fall. Representatives have traveled to the capitol city to wrap up two weeks of the largest mass civil disobedience the United States has seen organized in decades," the delegation said.

First Nation and Native American arrestees will be holding banners saying “Obama honor the Treaties” and “Stop the Keystone XL Pipeline” until they are arrested on Friday.

The delegation invited members of the press to Lafayette Park, across the street from the White House in Washington DC, for a press event to hear statements from Tribal Leaders and community representatives that will start promptly at 11:30 am on Friday.

On Wednesday, the Council of Canadians, the Indigenous Environmental Network and Greenpeace Canada presented a letter addressed to Ambassador Gary Doer at the Canadian Embassy in Washington, D.C. demanding an end to lobbying in favour of the Keystone XL pipeline.

“Ambassador Doer has publicly recognized he is actively lobbying for Keystone XL,” says Maude Barlow, National Chairperson of the Council of Canadians. “To pitch the tar sands as the answer to American energy security ignores the destruction of the tar sands and turns away from the sustainable energy future Canada and the U.S. need.”

“With the onslaught of tar sands exploitation, we are seeing more people developing serious respiratory illnesses. People of all ages are developing types of cancer that we have never seen in our area, as we have seen the tar sands industry expand,” said Gitz Crazyboy of Fort McMurray, in the heart of the Alberta tar sands.

“What we see is alarming – we are witnessing the complete destruction of the boreal forest as tar sands operations expand.”