Listen to Dr. Julian Kunnie speaking at the event, De-Occupy O'odham Lands, in Tucson, on Saturday, Dec. 10, 2011. Hosted by Ofelia Rivas, and the O'odham VOICE against the Wall, Dr. Kunnie joined author John Zerzan of Oregon, at Dry River, an anarchist collective. Dr. Kunnie spoke out against the police state, racism in Arizona and the illegal occupation of this land by immigrants beginning in 1492.
Listen on Censored News Blogtalk Radio:
Audio Part I:
http://www.blogtalkradio.com/brenda-norrell/2011/12/11/de-colonize-oodham-lands
Audio Part II:
http://www.blogtalkradio.com/brenda-norrell/2011/12/12/kunnie-deoccupy-oodham-lands
Also see: 'The Billion Dollar Joke Arizona Spy Towers Coming Back' by Brenda Norrell: http://narcosphere.narconews.com/notebook/brenda-norrell/2011/12/billion-dollar-joke-arizona-spy-towers-coming-back
Julian Kunnie is a Professor of Religious Studies/Classics at the University of Arizona He is the author of numerous articles in various internationally recognized journals and books. His books include Indigenous Wisdom and Power: Affirming our Knowledge Through Narratives (2006), Is Apartheid Really Dead? Pan Africanist Working Class Cultural Critical Perspectives (2000), and Models of Black Theology; Issues of Class, Culture, and Gender (1994). His forthcoming book is Globalization and Its Victims: Wars Against the Earth and the Impoverished of the World (Rowman and Littefield). He is currently working on a prison research project that interrogates issues of race, class, and gender and is geared toward preventing the incarceration of youth, particularly those of color, entitled Enchained Humanity: A Comparative Study of the Infliction of Incarceration on Persons in United States and South African Prisons.
Recorded live by Censored News.

Hactivists become heroes of the voiceless

Hactivists become heroes of the voiceless 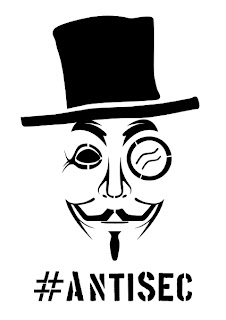 The hacktivists at AntiSec are becoming the heroes for the voiceless, the only place to turn for those who are beaten by police, or victimized by the ruthless.
With their typical humor, and genius, AntiSec released 'Suckerpunching Sunday' today.
Those in power, who long believed themselves to be 'untouchables,' because of their positions and who they knew, now have a new entity to reckon with.
And, as they say, there's too many of them globally to arrest them all. They are modernday Robin Hoods, increasingly in demand. Here's their release today.
--Censored News

DURBAN, South Africa -- Decisions resulting from the UN COP17 climate summit in Durban constitute a crime against humanity, according to Climate Justice Now! a broad coalition of social movements and civil society. Here in South Africa, where the world was inspired by the liberation struggle of the country's black majority, the richest nations have cynically created a new regime of climate apartheid

"Delaying real action until 2020 is a crime of global proportions," said Nnimmo Bassey, Chair of Friends of the Earth International. "An increase in global temperatures of 4 degrees Celsius, permitted under this plan, is a death sentence for Africa, Small Island States, and the poor and vulnerable worldwide. This summit has amplified climate apartheid, whereby the richest 1% of the world have decided that it is acceptable to sacrifice the 99%."

According to Pablo Solón, former lead negotiator for the Plurinational State of Bolivia, "It is false to say that a second commitment period of the Kyoto Protocol has been adopted in Durban. The actual decision has merely been postponed to the next COP, with no commitments for emission reductions from rich countries. This means that the Kyoto Protocol will be on life support until it is replaced by a new agreement that will be even weaker."

The world's polluters have blocked real action and have once again chosen to bail out investors and banks by expanding the now-crashing carbon markets - which like all financial market activities these days, appear to mainly enrich a select few.

"What some see as inaction is in fact a demonstration of the palpable failure of our current economic system to address economic, social or environmental crises," said Janet Redman, of the Washington-based Institute for Policy Studies. "Banks that caused the financial crisis are now making bonanza profits speculating on our planet's future. The financial sector, driven into a corner, is seeking a way out by developing ever newer commodities to prop up a failing system."

Despite talk of a "roadmap" offered up by the EU, the failure in Durban shows that this is a cul-de-sac, a road to nowhere. Spokespeople for Climate Justice Now! call on the world community to remember that a real climate program, based on planetary needs identified by scientists as well as by a mandate of popular movements, emerged at the World People's Summit on Climate Change and Mother Earth in Bolivia in 2010. The Cochabamba People's Agreement, brought before the UN but erased from the negotiating text, offers a just and effective way forward that is desperately needed.