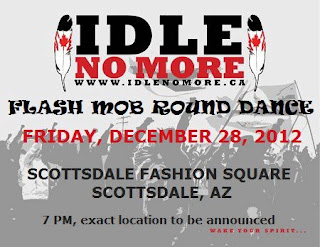 WHAT: Idle No More calls on all people to join in a revolution which honors and fulfills Indigenous sovereignty which protects the land and water. Colonization continues through attacks to Indigenous rights and damage to the land and water. We must repair these violations, live the spirit and intent of the treaty relationship, work towards justice in action, and protect Mother Earth.

Contact: Morning Star Gali
mstargali@gmail.com
510.8276719
We realize there are two events planned in the area, Friday at 12:00 noon on the West steps of the State Capitol and Saturday, in front of Nordstrom's at 2pm!

Lots to do in Sac-town! Stay the night and be sure to make both events! C'mon Sacramento! Let's do this! Spread the word

December 29 at 1:30pm
Holiday Village Mall, Great Falls in Great Falls, Montana
--
New Years Eve "Idle No More" Round Dance / Washington, DC
Monday, December 31 at 3:00pm
Canadian Embassy
501 Pennsylvania Ave NW
Washington, District of Columbia 20001-2114
Details:
Join us on New Years Eve, December 31st at 3pm at the Canadian Embassy (in the courtyard) to show the Canadian Government that the First Nations peoples in Canada have support and solidarity from First Nations here in the US, and we won't stay idle while treaties continue not to be honored.

Join us to sing and dance and pray for our elders who have put their own lives and freedom on the line in this movement already. For Chief Spence, for Clyde Bellecourt, and to each and everyone of our ancestors, lets make them proud. Lets be proud!

Bring hand drums, rattles, signs, your voices, your songs, your dancing shoes, and all of your friends and family!

Please send photos and announcements to brendanorrell@gmail.com
Censored News
at December 27, 2012 No comments: 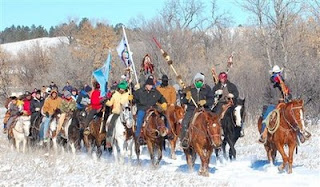 Tiokasin Ghosthorse, "It was an honor to have Alex White Plume and John Kane on the program. Due to the Winter Storm named Euclid now in Canada we were unable to have Pam Palmater with IDLE NO MORE as her flights were delayed. Stay tuned."
at December 27, 2012 No comments:

A Call Out of Importance and Significant

Chief Theresa Spence has requested that all First Nation Traditional Women Healers come to attend Her now .. She has also requested the wife of Stephen Harper (Laureen Harper) to attend..CAN YOU PLEASE PUT THE WORD OUT..take your Tobacco offerings and request that this is so .. can you also arrange for Transportation, assistance from Unions, Churches, Native Organizations ..

There is very little time .. This is the 13th Day .. May the Creator Bless Her and give Her the needed strength to go on a while more AND COME HOME SAFE .. Honored Woman


On January 1, 2013 - Call to all Pipe Carriers, Keepers of Bundles, Sweat Lodges, and Ceremonies

Christmas has always been one of the saddest day of my life, my "Mother" made the journey to the spirit world on Christmas day in 1951. I was nine years when this happened and the most excruciating pain you could experience, with time the pain is bearable, but I still experience a deep sadness. The principal of the Beauval Indian Residential School wouldn't allow me to go to the funeral of my "Mother". We are in the process of the Truth and Reconciliation and I still don't get what that was all about, do we forgive our oppressors? Few of the oppressors fall into the category of psychopaths and sociopaths and have no feelings for what they do. The majority have feelings and they have this man made ritual of confessing. They go through the act of confessing for their horrendous crimes against humanity, and they are told, say three hail mary's and one, our father and your sins are forgiven. But they keep coming back again and again and again and confessing for the same crimes, the confessional is a revolving door. These crimes or sins fall under the category of the assimilation policy, white paper policy, the buffalo jump etc. They are all an attack on the identity, language, culture, family, belief system etc. The pope, steve harper made a public confession and people rejoiced, harper apologized to the Aboriginal People for past sin committed by past governments and other people, intending on getting, all the land and resources from Aboriginal People. It was not an apology, it was, damage control, a public relation scheme. Greed, short sighted vision (to the closest Bank), and no value on human life are very powerful forces that drive people like steven harper and his croonies and the multi national corporations. I thank the "Creator" and the GrandMothers/Fathers for the gifted, four powerful Young Women of the "Idle No More" movement and the many other Powerful Women/Men who have come into my life. These Young Women have conducted themselves in a manner that is very admirable. These are the true leaders, in the struggle for "Mother Earth", the other life forms that have sustained us from the beginning of time and for our Children, GrandChildren and the ones, not yet born. At this time allow me, the opportunity to thank my "Mother" GrandMother(s), GreatGrandMother(s), Aunts, my biological Daughter, and my two adopted Daughters, Grand Children and Nosismak, for helping me for what I am. And, I thank you for not taking my right to be sad for the loss of my "Mother", on this day.

The four Young Women came at a very opportune time, and they are a gift from the "Creator", as are all the other Women who have supported the movement in the struggle against the distruction of "Mother Earth" and the elimination of future generations.

It is with this in mind, on New Years Day, I'm humbly putting out this request to Women/Men Pipe Carries, Keepers of the Sacred Bundles, Sweat Lodge Operaters, the many gifted with Sacred Ceremonies, to lite up the Sacred Fires and Pray so that we can save "Mother Earth" from further distruction, for Future Generation.

For me to say that, I'm not afraid to die, I wouldn't be honest. As I stated, when I began the hunger strike (on the 12th of December) if we do not see anything positive, thirty days after the start on Jan. 10/13, I'm willing to give my life so future generations can survive and enjoy the many gifts from the "Creator". I have a lot of very good reason to want to live, and I have a lot of faith in all of the Aboriginal People and our Sisters and Brothers of other color, who are in this struggle to save "Mother Earth" for those that are living and those not yet born.

Thank You and keep the movement Peaceful, our Children are watching, via "Mother Earth" and Future Generations.

Emil Bell went on hunger strike December 11, 2012 in support of Chief Theresa Spence and all the reasons people of Idle No More began, please see the initial Post made on this website for more information:

The Aamjiwnaang IDLE NO MORE Rail Blockade needs your help!


For several years I have been speaking to groups of like minded people throughout North America. Once finished many people ask "How Can I Help?" Well I now have an answert to that question.

Aamjiwnaang is in the 5th day of its blockade of a rail line that runs through the community into Chemical Valley. This very important line does not service agri nor the general public but exclusively Chemical Valley. A visiting Member of Parliment, Frank Valeriote Liberal Guelph, stated that these trains wouldnt be allowed through any other community for the toxins they carry through Aamjiwnaang.
Our demands are simple but legethening as this drags on. We want a meeting to HAVE happened between the Crime Minister and Chief Theresa Spence. We want action from that meeting, not promises then lies once the blockade comes down.

I have been asked about donations from afar. Yes the Youth have decided to accept donations, in box me for account numbers. We need warm clothing and such for the volunteers. We need wifi access at the blockade to stream 24/7 so you can communicate with the volunteers. We need a means to cook and reheat food, (Winter provides the fridge). We need people, so please drop by and say hello. Finally we need to have people tell the truth about IDLE NO MORE! 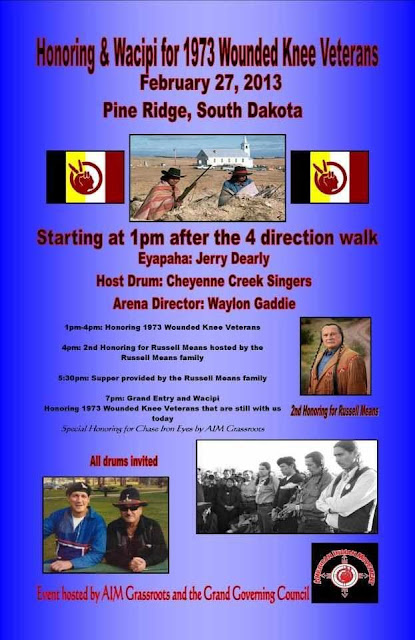