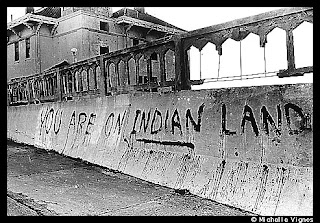 Well, thank you for explaining why I always felt the US was corrupt. I see clearly why we have a fight on our reservation hands against the history majors who graduated with colonial colors.