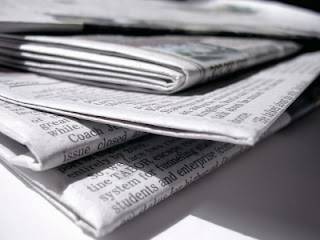 In these days of collapsed journalism, Native Sun News Editor Brandon Ecoffey in South Dakota exposes what is happening in the world of Indian country, national and non-Indian media.

Ecoffey, Lakota, writes of those taking over the voice of Native Americans, including those "playing dress up" and those who have never been to the Indian Nations they claim to represent. This often happens because editors fail to investigate the claims of "Instant Indians." This includes those who decide late in life that they are Native Americans, when an academic, professional or large grant opportunity presents itself.

In a second column, Ecoffey writes about the widespread plagiarism. This theft of the hard work of reporters who are actually present at news stories has become a standard in the world of deceptive media. These days, armchair journalists never leave their homes, including many of the writers at publications like Indian Country Today and Huffington Post.

Another armchair journalist trick is to use quotes from online radio interviews, or YouTube videos, to deceive the public into believing they were present.

In his column "Native Sun News is a Forum for Native Writers," Ecoffey writes of another issue: Racism at non-Indian newspapers, including the Rapid City Journal and New York Times. In local non-Indian media, and in the national media, the work of American Indian reporters is considered free for the taking, with no attribution of source necessary.

The rewriters are receiving paychecks without even giving the original source a courtesy citation. In those publications, there is the constant contradiction of presenting Indians as criminals on the front page and then romanticizing Indians in the features sections. In both cases, the real work of the original writers seldom receives credit.

Recently Censored News received a request that could be summed up this way: "Tell me everything you know about this issue. I want to sell it, as an article to New York Times, and make money off of it."

Censored News routinely receives requests from book authors and television reporters that is summed up this way: "I'm coming out to Tucson and want to make lots of money off of the stories of people at the border. I'm not going to pay them anything, not even their gas money or buy them a cup of coffee, but I expect Tohono O'odham to show up in Tucson and let me profiteer from the abuse they endure from the US Border Patrol. I also want to profiteer from O'odhams' life stories. They need to tell me everything they know. No, I'm not willing to spend any time there. I'm flying in, and getting out fast."

As for the print reporters, few ever even bother to show up.

Thank you to the online Rez Rats for their message to Censored News about Ecoffey's work. Rez Rats sums up Ecoffey's column on Instant Indians this way: "How those who are Indian on paper -- the ones who do not have an understanding of how an issue will play out and will not feel the impact of policy choices -- hijack the conversation."

Finally, thank you to all of you who show up and be present when it is most important. Thank you also those of you who write from your own genuine life experiences.

Brenda Norrell has been a news reporter in Indian country for 31 years. During the 18 years that she lived on the Navajo Nation, she was a reporter for Navajo Times, and a stringer for AP and USA Today. After serving as a longtime staff reporter for Indian Country Today, she was repeatedly censored, then terminated. She began Censored News as a result. It is now in its 7th year, with no advertising.
Posted by Censored News, publisher Brenda Norrell at May 07, 2013