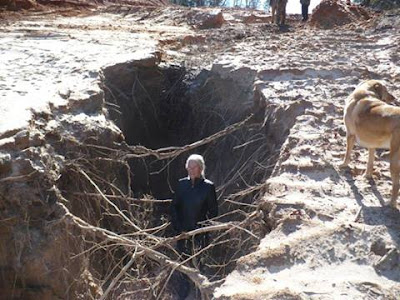 Last fall, 78-year-old Eleanor was arrested for trespassing ON HER OWN LAND while standing in front of a bulldozer to stop the Keystone XL: http://www.tarsandsblockade.org/darylandeleanor/

“It is just galling that there is a process you have to follow in matters like this, and TransCanada is just ignoring it,” said Julia Trigg Crawford, another Texas landowner impacted by the Keystone XL.
...
“They’re tearing up our land despite the appeal. Just because they’re a big corporation, they should not get to circumvent the legal process.”

Posted by Censored News, publisher Brenda Norrell at May 30, 2013