Unspoken Code: 'You Can't Say That' How the media fuels dirty coal 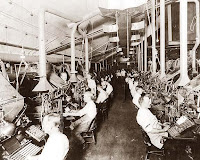 The unspoken code of the newsrooms keeps dirty secrets

Brenda Norrell has been a news reporter in Indian country for 31 years. She was a reporter for Navajo Times, and a stringer for AP and USA Today, during the 18 years that she lived on the Navajo Nation. After serving as a longtime staff reporter for Indian Country Today, she was censored, then terminated. As a result, she began Censored News, now in its 7th year with no advertising.
Posted by Censored News, publisher Brenda Norrell at May 11, 2013