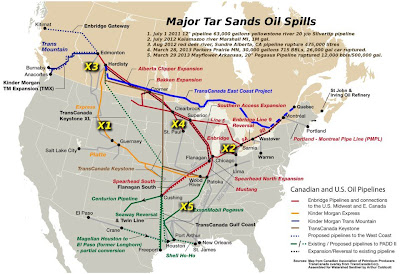 Click image to enlarge
The oil moguls don't care if there are a few leaks, spills, ruptures, fires and explosions along the tar sands pipeline routes. Why should they care, as long as they are getting huge subsidies from the USA and Canada? When that horrible tar sands rupture occurred in Mayflower, Arkansas, Exxon didn't even stop transporting that poisonous stuff through the sixty-year-old Pegasus pipeline. It has already leaked again. This is corporate welfare, and those benefiting are Welfare Kings and Queens:
On Facebook at:
https://www.facebook.com/groups/497610800291882/?fref=ts