Censored News: In these times of impotent media 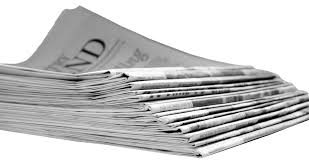 In these days of impotent, plagiarizing and gutless media, there are several things on my mind.

Aljazeera America, this one's for you. Please do a story on how the Navajo Nation's Navajo Agricultural Products Industries, NAPI, has been using Monsanto seeds all these years for their commercial crops. It should include how the Navajo Nation farm has a Raytheon Missile factory on the farm. (In 2006, while I was a staff reporter at Indian Country Today, the editors forbid me from researching these facts for an article.)

What impact has genetically-modified Monsanto seeds had on the traditional crops of Dine' (not to mention everyone who ate those potato chips etc.) Have the winds, rains and floods spread these harmful genetically-modified crops to traditional Dine' fields? Why is Raytheon Missiles operating on NAPI, on farmland where food crops are grown? It is located in the Four Corners, where the land, air and water is already poisoned by coal mines and power plants.

Aljazeera, maybe after that, you can go out to Black Mesa, and really talk to Navajos about relocation, the dirty coal industry and water rights. Then contrast this with a show of the Arizona resorts in Phoenix and Tucson, golf courses, lavish swimming pools, and the unsustainable lifestyles. Don't forget to show the true role of John McCain in all of this, maybe with a pic of him riding horses in the Navajo Nation Fair Parade while working behind closed doors for forced Navajo relocation and the theft of Navajo water rights.

Navajos on Black Mesa can explain to you about the creation of the US puppet tribal government, and how it works with the US government and states to desecrate the land and poison the people by way of backdoor deals. You should probably go out to Black Mesa after a good rain, so you can film yourselves digging out of the mud. While there, you can chop some wood and haul some water for the elderly, and maybe run into town, a few hours drive away, for some groceries.

By the way, the US Border Patrol is likely to stalk you and even detain you, and the Tohono O'odham government will try and prevent you from finding out the truth by targeting you with their politicians and police. And if you have real courage, hang around the border, and find out where the US Border Patrol agents serve as spotters for the drug cartels when they bring the drug loads through.

Aljazeera, you'll need to spend some time on federal court records in Tucson. That way you can expose the US Border Patrol agents getting away with the rape and murder of migrants. While in Arizona, you can compile a list of all the US Border Patrol agents and US soldiers arrested and convicted of drug smuggling and serving as spotters for the cartels on the border between California and Texas.

While in Tucson, you can probe the University of Arizona's relationship with its corporate partners, war profiteers including Raytheon Missiles, border profiteers including drone makers, mining and other abuses of Indigenous Peoples, including the university's disregard for Apaches and sacred Mount Graham. Be sure to include the millions, or billions, the university receives in grants to serve Indigenous Peoples. This could lead into a series on the militarization of US universities and the xenophobia produced by it, especially toward Latin Americans and Middle Easterners.

Maybe you can do this Aljazeera in your new series on Indian country, since neither the Indian country media nor the mainstream media show up to do it.

Back to the plagiarism. Readers, please, when posting links, why not give the original source credit, instead of plagiarizers. It is easy to see what Indian Country Today plagiarized from the Daily Times: http://www.daily-times.com/ and you'll find the other media that ICT plagiarizes with an easy web search.

Hopefully the Daily Times is doing a better job now than when they fired me in the early 1990s. At that time, the Daily Times changed the facts on a story when Navajo teens were beaten by whites with baseball bats. I reported the newspaper to the US Civil Rights Commission and the newspaper was later sold to new owners.

Indian Country Today said their latest editors came to the newspaper from Martha Stewart Living and Playboy. However, there's plenty of real Native American journalists and editors who need jobs, who don't plagiarize, if the owners choose to halt employing armchair profiteers, and instead publish real journalism.

Don't be fooled, or think that ICT owners don't have money to pay for real news reporting. The owners announced last year they would spend $10 million on a film about the Revolutionary War. Don't be duped.

Finally, why isn't the media pointing out that the NSA put the lives of US citizens in danger when it shared the raw data of innocent US citizens with Israel?

Why isn't anyone pointing out that US citizens were jailed in Israel while enroute to Gaza in the Free Gaza Movement with humanitarian aid. Among those imprisoned in Israel was retired Col. Ann Wright on the Free Gaza flotilla in 2010. Some activists were never even allowed to board their planes in numerous countries in support of Palestinians because Israeli intelligence prevented them.

At the time, Israeli intelligence said the flight information was gained through Facebook.

However, whistleblower Edward Snowden revealed data showing the US is supplying Israel with unfiltered access to US citizens texts, e-mails and phone calls.

An editor at New York Times called out her own newspaper for failing to cover the issue of the US giving Israel the raw data of US citizens: http://www.commondreams.org/headline/2013/09/17-2

Good journalism depends on facts and being present. So, where are the reporters?

Brenda Norrell has been a reporter in Indian country for 31 years. During the 18 years that she lived on the Navajo Nation, she was a reporter for Navajo Times and stringer for AP and USA Today. After serving as a longtime staff reporter for Indian Country Today, she was censored and fired. She is the publisher of Censored News, published since 2006 with no advertising or grants.
http://www.bsnorrell.blogspot.com
E-mail:  brendanorrell@gmail.com