Secrecy and profiteering in non-profit grants for Indigenous causes


Secrecy and profiteering in non-profit grants for Indigenous causes

'The bottom line is that grassroots Indigenous are being used, being left in desperate conditions, and are not being told of these huge sums of money being garnished in their names by non-profits.' 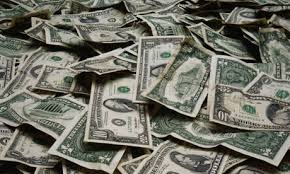 It has been really disturbing to find out about the huge non-profit grants -- hundreds of thousands of dollars annually -- going to organizations for Indigenous causes, including those where I thought the people were volunteers.

The disturbing secrecy comes from those who enlist volunteers for their projects, and secretly write non-profit grants, and never tell grassroots Natives about the money coming in.

For instance, Yaqui women in Sonora said they were never told about the grants being written in their names in the US, in regards to traditional foods and pesticides. They said they were told to provide the food and sleep on the floor, while organizers and speakers stayed in hotels.

There are other forms of secrecy as well.

The bottom line is that grassroots Indigenous are being used, and being left in desperate conditions. They are not being told about these huge sums of money being garnished in their names by non-profits.

The rule for non-profits in the US is that you can walk into their offices during normal working hours and they have to release their financial reports to you. This includes the salaries and expenses of staff and board members.

Mega grants: $205,000 for food sovereignty workshops
The Christensen Fund, major funder of Indigenous causes, gave Andrea Carmen at the International Indian Treaty Council a grant for $100,000 in 2012 for food sovereignty workshops, including one in Oaxaca.
Were the Indigenous communities named in this grant ever informed of this $100,000?
The Christensen Fund gave Carmen another grant for $40,000 for traditional food workshops in Beaver Lake Cree, Chickaloon, Alaska, Morales, Mexico and Nicaragua in 2009.
The funder gave Carmen two more grants for food sovereignty in 2006 and 2007 for Oaxaca and Nicaragua, $35,000 and $30,000.
What was the source? Founder Christensen was a mining engineer and served as President of the Utah Mining and Construction Company. The source was mining of course.

Search Christensen Fund and see who else received mega grants, use search words  'Indians' or 'Indigenous'
http://www.christensenfund.org/funding/grants-search/1/?kwords&f_year=all&gregion=all&theme=all
Others funded by Christensen Fund
http://fr.wiser.org/organization/view/8d4e64918f4e436fba694d21fd3c54f4

Dirty coal's dirty green dollars
There is another form of secrecy equally disturbing.
The dirty industries, like dirty coal in Arizona, have been trying to co-opt Indigenous organizations by funding the so-called 'green' projects. What this does is it keeps activists quiet. Obviously people fight less against the monsters like Salt River Project/Navajo Generating Station if they are receiving large grants from them. The grant recipients become co-conspirators against the very people they claim to serve.
Equally alarming is that they often become armchair activists, focused on the next conference and the next huge non-profit grant to keep the lifestyle going.
In the end there is the danger of becoming the very monster you set out to slay.

World Indigenous Gathering and the CIA employee
Already during the planning for the 2014 Indigenous World Gathering near San Diego, a former employee of the CIA tried to take control of the planning. Then, she attempted to be the voice for the gathering. Some of the media didn't do their homework and fell for it.
The source of the funding for the gathering and exactly how it is being distributed, needs to be made public as well. There has already been a planning session held in Norway. Grassroots Native Americans ask who selected the organizers and who provided the funding.

Northern Cheyenne children victims of Catholic Church profiteering and abuse
In an area where Indian children live in desperate need in southeastern Montana, St Labre Indian School has been enriching itself and the Catholic Church at the cruel expense of Northern Cheyenne children.
St Labre Indian School was sued by the Northern Cheyenne Tribe for economic profiteering from the children's misery. Here's the court document: http://turtletalk.files.wordpress.com/2012/07/st-labre-indian-school-response-brief.pdf
St Labre's income for the year 2011 was $57 million and $30 million of this came from contributions. All you have to do is drive through Northern Cheyenne country and you will see that those millions are not going to the Cheyenne. http://www.bbb.org/charity-reviews/national/education-and-literacy/st-labre-indian-school-educational-association-in-ashland-mt-295/financial
While enriching the Catholic Church with millions, the priests have been sexually abusing the Northern Cheyenne children at St Labre Indian School. The sexual abuse is not just in past history, it continues.
http://billingsgazette.com/news/state-and-regional/montana/lawsuit-accuses-popular-st-labre-priest-of-sexual-assault/article_298e6f3b-e31e-56a8-ade7-b45cc2b57d09.html

Desert Diamond Casino's charity dollars for non-Indians
Recently, a Native philanthropic group announced awards. It was disturbing to see that almost all of Tohono O'odham Desert Diamond Casino's charity contributions went to off-reservation non-Indian charities.
That is how the Indian gaming industry was designed. It began with calling the industry 'gaming' instead of 'gambling, because 'gambling' reminds all that it results in addiction.
Non-Indians initiated the idea of 'Indian casinos' in order to financially profiteer from tribal sovereignty and keep the cash flow secret.
Non-Indians have carried out the scheme in most areas. The non-Indian management companies control 'Indian' casinos, and the funds go to non-Indian charities, non-Indian lobbyists, non-Indian attorneys, non-Indian construction companies, and non-Indian banks. In Arizona, the state also gets a big cut of revenues from each casino.
All you have to do is drive across Tohono O'odham land in southern Arizona to see that the Tohono O'odham people are not receiving the millions from the Desert Diamond Casino. This casino has been packed with acres of cars and people for a decade. Still the O'odham are living in desperate conditions, desperate for jobs, homes, and even heat in winter, food and clean water.

Huge grants kept secret
I've been a news reporter in Indian country for 31 years and never heard about these huge grants to Indigenous non-profits until I put the names of a few into the Google search engine, with the words "grant funding 2013." I certainly wasn't receiving press releases on this. I'm sure many Native villages would be surprised to learn of the grants that non-profits received in their names.
In many cases, grassroots Natives were told, "There is no funding for this event." Traditional Natives were told to provide the food, which they did, and told to sleep on the floor while organizers and speakers stayed in expensive hotels.

Non-profit grant writers profiteer in secrecy
Something everyone is learning the hard way, is that when a non-profit organization offers to help you with your struggle, you will have to investigate carefully to see if they are secretly getting non-profit funds for themselves based on your efforts.
They are often not honest about this, including those organizations associated with the United Nations. Even if they don't get the funding for a current project, they may use their involvement with you to get money for the next grant, and never tell you.
Conferences and global travel are often used by the frauds and wannabes to attract money from the non-profits. The wannabes often claim to be Yaqui, or they suddenly become Cherokee.
Indigenous elders may never even realize that an oppressive grant writer is receiving a salary from based on the elders' needs, or the elder may go along with the person because they receive a trickle of funds from an abusive grant writer.
In other cases, less than honest grant writers have become dependent on the cash flow and develop new schemes to profiteer from non-profit grants. They work hard to silence those who expose them.

Ask for their financial records
When the non-profits want to help you, ask in the beginning for their financial records, including staff and board salaries and expenses for the past three years.
Right off, ask about their plans for fundraising in relation to anything they will do to help you and make it clear that you want all financial records related to your struggle.
Ask non-profit staff directly: 'Do you receive a salary, expenses and extra benefits such as a car or home?'
'What did you receive annually for the past three years?'
Tell them you want to see it all in writing. You'll still have to research it to see if they are telling you the truth.
In some cases non-Indians, making false claims about being Indians, have taken control of longtime Indian organizations by writing grants. They have seized control of the organization by seizing control of the funds and in some cases even created their own boards. Ask the founder about the current situation.

Non-profits designed to keep power in organizations, not people
Indigenous Action Media in Arizona said, "There is much more to the 'Non-profit Industrial Complex' and Indigenous organizing.
"Many Indigenous Peoples who become 'career activists' also exploit issues for a pay-check. Check out 'The Revolution will Not be Funded,' it's a great resource that further exposes how the non-profit industry is designed to keep power concentrated into organizations rather than the people."

Excellent post. There is much more to the "Non-profit Industrial Complex" and Indigenous organizing. Many Indigenous Peoples become "career activists" also exploit issues for a pay-check. Check out "The Revolution will Not be Funded," it's a great resource that further exposes how the non-profit industry is designed to keep power concentrated into organizations rather than the people.