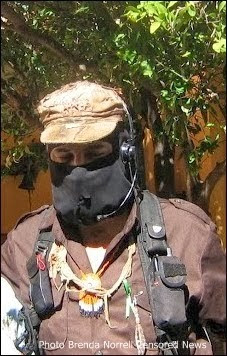 Chiapas, Mexico, the World. (passage from the text “A World War,” May-June 2015, by SupGaleano, in “Our View of the Hydra,” part II of volume I of “Critical Thought Versus the Capitalist Hydra”)

Please post & distribute. Nia:wen.
MNN. July 16th 2015. Nia:wen to our readers in Ohontsakaionen [old land] who see our solution as theirs too. This is their letter.

Great Peace of Montreal 1701.
“Resistance 71 is a French and English speaking collective [in Europe] created in 2010. There are ways to remove the totalitarian society imposed upon all of us by a eugenicist capitalist oligarchy. Solutions to world imperialism, division and oppression reside outside the State and capitalist system, through the confederation of the free communes in a non-pyramidal, non-authoritarian, non-coercive and equal society for all. We look to the roots of our societies and human nature to find it. A key for this society to emerge is the fall of the Anglo-American empire through the pitfalls of its theft and pillaging of North America [Great Turtle Island] and its fictional “legal” system. Indigenous and western people worldwide can together bring about a new political and social paradigm so we can live equally and peacefully with our Mother. Contact the Collective through French or English e-mail: commune1871@yandex.com Blog:http://resistance71.wordpress.com/

… when para-military attacked Mohawks! Fuddle duddle!
“#1. The “special ops” issue [at the Kahnawake pow wow] has a dual meaning: the oligarchs explicitly mean: “We commemorate with you[25th anniversary of the Mohawk Oka Crisis]. Let’s put things behind us“. Implicitly: “We are here, in your face, and will be back!” Head-on confrontation leads nowhere. Native nations are victims as the State has the monopoly on “legitimate violence”. Communities must prepare for the worse case scenario. The preference is to bring the “fight” on the enemy’s legal ground, which is based on [fictional] 15th century pseudo-legal papal bulls. This drives the entire legal system of the colonial states of USA, Canada, NZ, Australia, Mexico and South American states. The bulls “legalize” domination and subjugation without any legal or moral ground upon free and independent nations. These empires have no legal territory and ground. We say in French: “Un empire sans terre est un empire à terre” – “an empire without land is an empire on the ground“.  All the BS Indian Act system will have to be repelled while engaging in the “legal” battle to make the Pope cancel the papal bulls or remove them from the legal system.
“Aware white settlers will help, if they feel secure and not threatened.  It took us about 2 years to raise native issues through our translations and writings. They are stunned and horrified by what happened.

“The oligarchs have divided us. Change can happen through understanding, compassion and a sense of belonging. Reunification of body and mind individually and collectively take time. Guilt is counterproductive. Over 500 years of absolute madness cannot be changed overnight. More white people want to understand the wrongs of Western Christian civilization so as to move in the right direction. A social revolution can only come when the people are united with “one mind”, as your culture beautifully says.
“Resistance 71 believes in the vision of two great anarchist thinkers and activists: Pierre Kropotkine and Gustav Landauer who understood traditional societies on all continents. Their thinking and actions on social revolution lead to traditional Native American, African and Melanesian societies etc. They saw the need to dig up a universal core in all human beings which has been deeply buried in western societies.  We see ourselves as janitors bringing up the jewel of society from the garbage it has been voluntarily buried under.

When push comes to shove!
“#2 Oka 1990 is a great case study of both sides of the conflict, similar to the second stand at Wounded Knee in 1973. Communities should remain prepared to defend themselves [as is their right]. The Rotiskenrakete remain alert as in 1990. A sufficient number of Quebecoise “settlers” in Québec, Canada and abroad are supportive. The real “legal” issues and the false paradigm on which the whole system lies needs to be exposed. Steven Newcomb, Peter d’Errico, and others study the legal aspects. Many tried to reform the system from within. We see an increase in unity with those willing to learn. The right balance between strength and understanding is being formed.
“R71 tries to increase ties with native and non-natives involved in the legal aspects of the doctrine of christian discovery, to reinforce unity and the “one mind process”. We ALL want an end to colonialism, oppression, coercion, inequality, social suffering, poverty, economic and financial slavery. Worldwide unity can be achieved through a worldwide Two Row Wampum [tehiohateh], to end war, imperialism, colonialism, all empires, starting with the USA/UK/Zionist New World Order.

‘Foreign Investors can only catapult money out of Ono’ware:geh.
“Truly UNIQUE is that this empire has NO LAND! It stands on illegal land, stolen through fictional religious doctrines converted into a pseudo-legal system, based on ethnocide and genocide. When the papal bulls are repudiated, the empire will collapses forever! You [ongwe’hon:weh] have a UNIQUE weapon in your hands, as never before in history. The oligarchs are scared shitless. Their fake system of bullying and theft by genocide can be exposed worldwide for what it is and send their system into oblivion. They know it! They will do anything to stop it. By international exposure they cannot muffle it any longer.
“We launched a movement for Catholics to repudiate their christening (baptême). We take much flak from the integrist catholics and far right/royalist movements on the rise in France, due to the economic and political situations involving the induced “clash of civilization”. Many French-speaking people are waking up, stunned then horrified by the potential consequences.

Frances: “You mean my bulls are actually shit?”
“The native people of America [Great Turtle Island] have the solution. EXPOSURE of the legal issues. The repudiation of the papal bulls! Newcomb’s law institute researches combined with MNN would increase the impact. More unites us than divides us. Artificial divisions are designed by the oligarchy to preserve their status quo. Your victory through justice would be a global victory.  The Lakota people say, “Mitakuye Oyasin”, we are all inter-related. Nos anciens disaient “Nous sommes un et indivisibles” (we are one and indivisible), same but different… That is what we think.  Ske:nen  R71
“P.S. to CSIS, CIA, DGSE, DGSI, NSA etc. reading this: Thank you for your time. Information [about the indigenous genocide] should keep you from sleeping. In the long run, we, the people, will win because we are on of the right side of history!
Mohawk Albert Stalk went to Paris during the 1990 Mohawk Crisis to free climb the Eiffel Tower to raise the issue of genocide. This is our swan song for today.
MNN Mohawk Nation News kahentinetha@mohawknationnews.commore news, books, workshops, to donate and sign up for MNN newsletters, go towww.mohawknationnews.com  More stories at MNN Archives.  Address:  Box 991, Kahnawake [Quebec, Canada]J0L 1B0 Thahoketoteh@mohawknationnews.com for original Mohawk music visit thahoketoteh.ws
CCN on Kevin Annett.
P.M. Harper’s Northern Foundation. 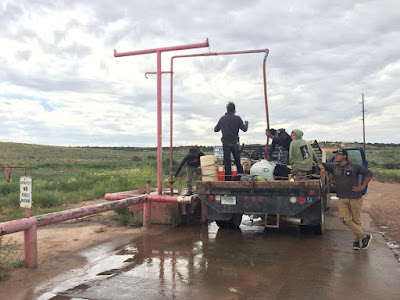 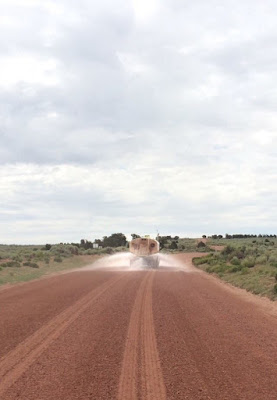 Yesterday we were invited out to Big Mountain to butcher and hear stories from families who have been resisting relocation and fighting to maintain Diné life ways. The 20,000 Diné people who reside on the Black Mesa plateau live without running water and/or electricity. Since 1968, Peabody Energy has operated two coal mines on Black Mesa (mining over 400 million tons of coal) using BILLIONS of gallons of water each year from the Navajo Aquifer for the past 47 years to provide CHEAP energy and water to the entire southwest.
The Navajo Aquifer, which lies beneath Black Mesa is water that naturally exceeds the Environmental Protection Agency's drinking water standards. Peabody's abuse of the Navajo Aquifer and Black Mesa has resulted in the eradication of our sacred life giving seeps and springs within the region. Peabody Energy is a multi-national corporation and the largest privately owned coal company in the world, but it only pays 1/8th of a PENNY for every gallon of water they use to the Navajo Nation government.
The Diné who live on Black Mesa pay at least 8 times that amount for the same gallon of water. Currently, Peabody Energy uses 1,500 acre feet of potable water annually for dust abatement at the Kayenta Coal Mine. (1 acre feet of water = 326,000 gallons) 1,500x326,000=486,000,000 gallons a year to SPRAY WATER ON DIRT ROADS!
This is an irresponsible usage of our precious water. If water is life, then Peabody condemns all means for existence on Black Mesa. Tó éí iiná áte. Dził Yíjiin éí nihimá áte. Táá ałtso biyázhí da'needłí.
at July 16, 2015 No comments: