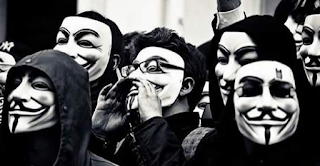 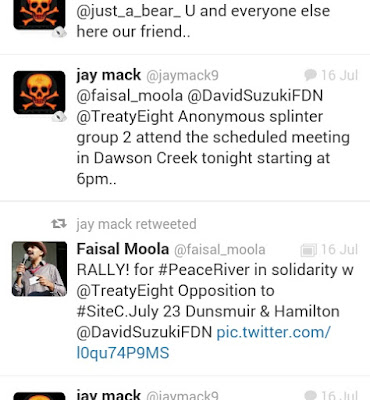 Google has enforced a takedown order on Censored News and removed this article from Censored News: 'Canadian police kill Anonymous member defending Native land from dam.'
Google has not provided the specifics as to why it was removed.
Meanwhile, there are many articles on the web with the same information.
The important point is that there are conflicting reports on the reasons police shot the Anonymous member James Daniel McIntyre, known as jaymack9, and there should be a real investigation.
There is also a need for more news coverage on Treaty 8 land and water rights, and the battle of First Nations Treaty 8 to halt the Site C dam in BC.
Among the many threats is the flooding of lands of medicinal plants.

A Yahoo search will take you to the same information that Google has censored: (Search words: 'Anonymous Treaty 8 dam Dawson Creek' ) https://search.yahoo.com/search;_ylt=AtLcXo9z6d.91RHOBmsLKsKbvZx4?p=Anonymous+Dawson+Creek+dam+Treaty+8&toggle=1&cop=mss&ei=UTF-8&fr=yfp-t-314&fp=1

Arizona Rep. Paul Gosar -- who called the cops on Apache Stronghold grandmothers who came to his US Capitol office -- sank to many new lows this week, even for Arizona politicians.

In a statement reeking of paternalism and white supremacy, Gosar claims Apache can't think for themselves and are controlled by outside interests. Gosar said, "Anti-mining opponents have sunk to a new low by using members of the Apache Tribe to further their misguided effort ..."

Gosar's statement is too ridiculous and self-serving to post and give publicity to. This is how they spin, Arizona racist politicians harnessed by corporate interests and racist underbellies. 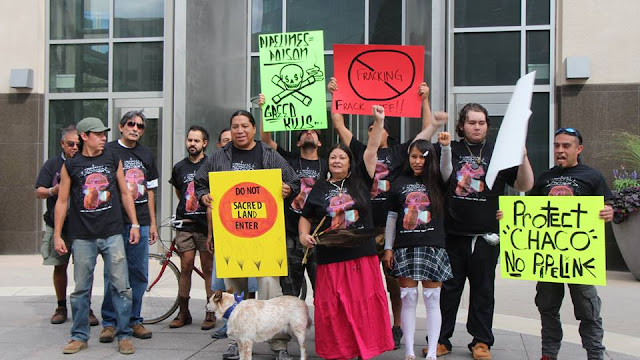 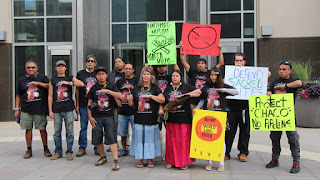 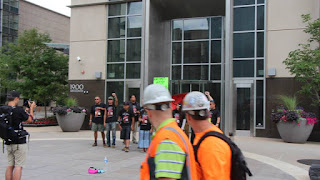 Today a group of indigenous peoples representing North America and Mexico, came together to protest the proposed oil pipeline to be constructed by Saddle Butte Pipeline if approved permission by the U.S. Department of Interior.
A one page bullet-point notice by the group was delivered to the Vice-President of Engineering, Wayne Swafford, who met the group outside the building they are located in downtown Denver, Colorado.  The notice to Saddle Back listed the following:• We are the Caretakers of Land, Elders and the Children• We are advocates for our land and stand united with our allies• We unite to protest Saddle Butte’s plans to construct its proposed oil pipeline near our sacred Chaco canyon lands & the destruction of what fracking is doing to our precious drinking groundwater• We are here today to protect Mother Earth and her western rocky backboneThe proposed oil pipeline will begin from south of Farmington and end near U.S. Interstate 40 where railroad tracks are closely aligned to the freeway.  The proposed path for the pipeline will go through the Navajo Nation, indigenous communities, and near the infamous Chaco Canyon that is home to Pueblo Bonito.  Chaco Canyon is sacred to indigenous peoples from the Southwest region of the United States into Mexico and Guatemala.   Several questions were posed to Mr. Swafford that included his thoughts on the impact to sacred lands and if he wanted to say anything to the Navajo People & other indigenous peoples.  His response was that the oil needs to get from point A to point B and that it is the only way to get there.  He further stated that Saddle Butte does not produce oil and is only trying to make it a safer environment for everyone.Saddle Butte pipeline, stay out of our communities. Protect what is sacred to us. Water, land, life and Chaco canyon.  We stand united to protect Mother Earth.

Etta Arviso and Ken Augustine of Caretakers of Land Elders and Children Association sent the delegation with a message to Saddle Butte Company in Denver.