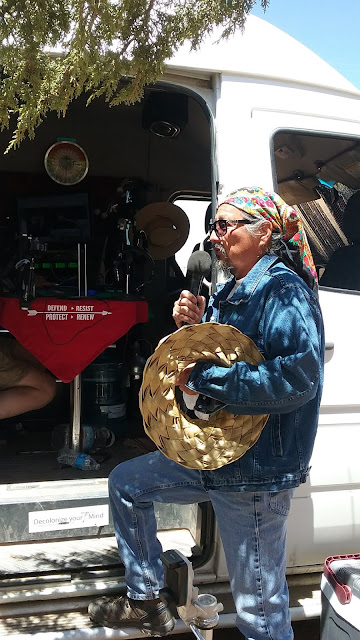 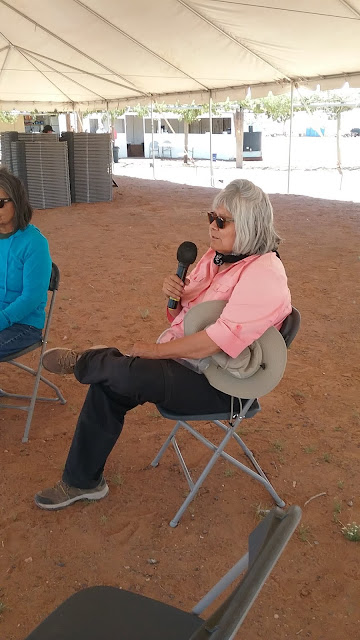 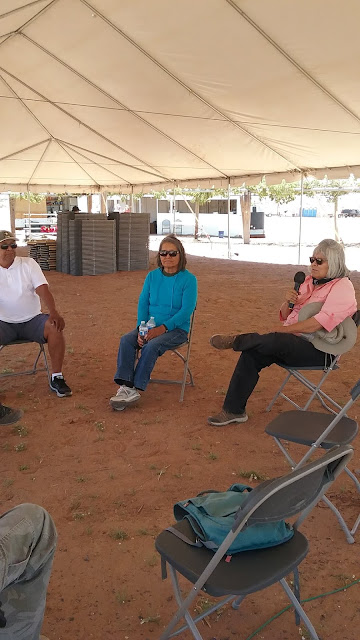 In case you missed it earlier today:
Today, founding board members described how Dine' CARE was created out of the threats to their Dineh homelands in the late 1980s. Lori Goodman shared the beginning days, and Anna Frazier of Dilkon, an educator, described why she became involved. Sam Shepherd of Eastern Agency spoke on being held in boarding school and running away. Adella Begaye, Dine' CARE president and founding board member, spoke on how as a nurse in Tsaile, she became involved. Adella is the wife of the late Leroy Jackson, cofounder, found dead after halting the old growth logging in the Chuska and Tsaile Mountains. Ofelia Rivas, O'odham living on the border, described her peoples struggles. Earl Tulley, cofounder, shared how Dine' CARE began the movement of environmental justice, which grew into many movements, evolving eventually into the Indigenous Environmental Movement and others.
. 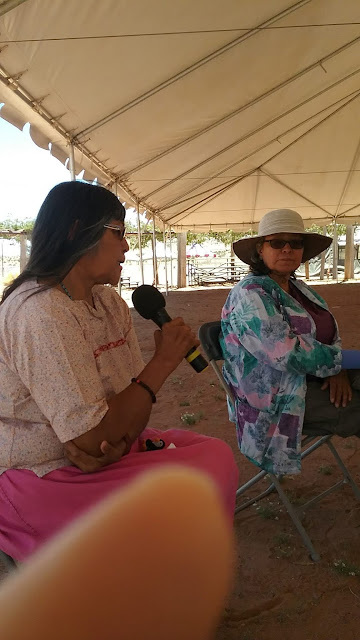