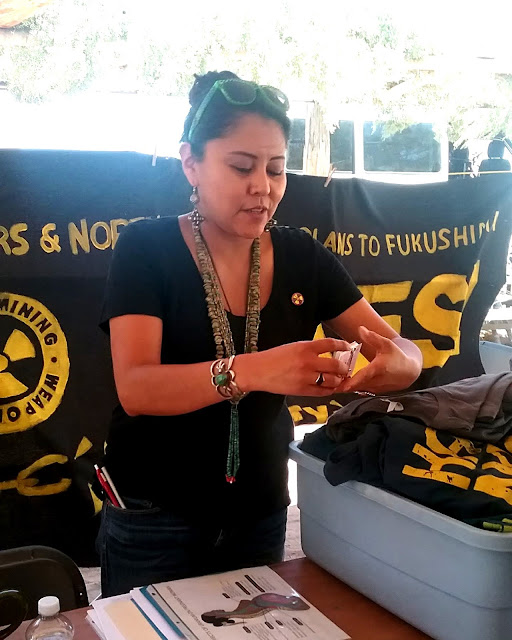 The United States goal is to develop nuclear weapons to control the rest of the world, and dump the radioactive waste on Native Americans and the poor people of New Mexico. -- Leona Morgan, Dine'

DILKON, Navajo Nation -- Leona Morgan, Dine', has spent her life fighting uranium mining and hauling and nuclear dumping. Now, the U.S. is targeting the poor people of southern New Mexico with nuclear dumping, and in northern New Mexico, uranium mining again threatens the Navajos Sacred Mountain of Mount  Taylor.
"We are fighting all of it," Leona said at Dine' CARE's Western Peoples Convention on Saturday.
The most vulnerable are the unborn children.