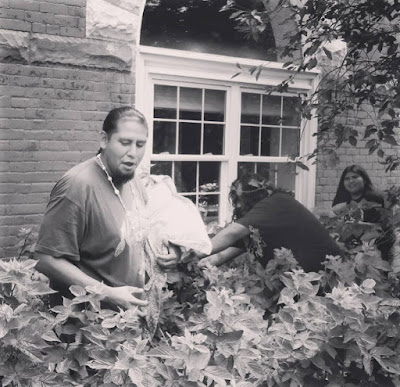 By Steve PaveyApache Stronghold Sacred JourneyCensored News"Love is who you are. When you don't operate according to love, you are outside of being. You're not being real. When you love, you are acting according to your deepest being, your deepest truth." --Richard RohrThe Stronghold Sacred Caravan stopped for rest and prayers in Lexington Kentucky, building extended family and spiritual strongholds on the way to DC to connect with the Poor People’s Campaign. This is the essential work if we want to see a Moral Revival -- to remember who we are ! Love is who we are ! The colonizers’ moral narrative is full of lies and deception influencing who we think we are -- trying to get us to think we are our jobs, we are what we produce and consume, we are what we accumulate or we are the power we gain. This is not who we are.Wendsler Nosie Sr. shared a story with us this morning he learned from Rev. John Mendez -- about an Eagle that thinks it is a chicken and so acts like a chicken. It cannot fly. But when thrown over a cliff it remembers who it is and soars high.The Stronghold Sacred Caravan is soaring as eagles and as Love. They are reminding those of us in the Poor People’s Campaign that the essential work is this spiritual work -- remembering who we are - before we jump to the policy and issues organizing work. 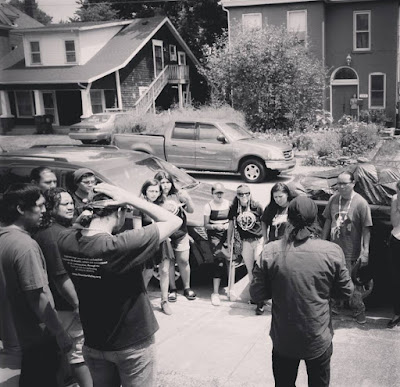 I often consider the Lakota Oyate as strong patriots and warriors that have taken up the cause of the United States of America. Despite the way we have been treated in our collective past. Our history together has been filled with death and destruction resulting in a devastated society that is doing its best to heal our wounds and look past our differences.Recently, Americans have reacted with shock as they realize the actions their government has taken by breaking up families and incarcerating children by the hundreds. I am not shocked however. This country has witnessed this before.When the Americans came to this continent they brought with them slaves that they separated from their families far away. They then took our children away from us under the pretense that we do not know what is best for them.Today, many Americans are again justifying the barbaric practice of incarcerating children to further political and financial goals. At what point does the United States have to realize they are the bad guys?The United States has woven a society of immigrants and Tribal nations under a beacon of hope. This is a dark time when our children will talk of the damage we have done to the fabric of that society.The devastation done is nothing new to us, our people know the devastating effects that separation policies have on a generation of children that were removed from their families. Indian people are still recovering from the United States’ failed boarding schools in which religion was used as justification. It shows a lack of morality to brandish faith as a justification to dehumanize the most sacred of us to walk this earth, the children.Families are the most important foundation of society. It is a law of nature that family members protect each other and nurture what is best of humanity, love. To break that sacred bond between family is crime that has been done to my people and would never wish on another.It is obvious the American government has failed the people of the United States as it has failed the treaties it has made with the Great Sioux Nation. The voices of reason are speaking and I have faith in the American people, I hope they do not continue to let myself and the rest of the world down. I hope they do the right thing without trying everything else first.