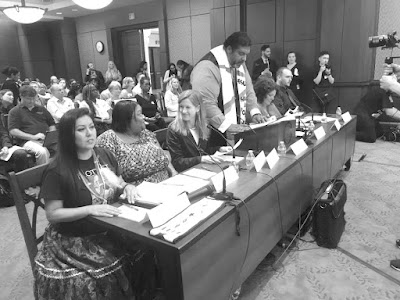 
Apache Messenger/ 6-20-2018
Republished with permission
Censored News
A Congressional hearing led by Senator Elizabeth Warren and Representative Elijah Cummings on June 12, 2018 to welcome the Poor Peoples Campaign: a National Call for Moral Revival, to the Capital for a powerfully important conversation on poverty in America. Senator Warren began the hearing, “There’s something happening in America, the Poor and the marginalized, those suffering are taking to the streets in our Capitals across this Country to reclaim our Government and demand a Government for all the People, we are honored to have you here, to have the chance to hear your voices, and I’m glad to be joined by so many of my colleagues in Congress.”
Co- Chair Representative Cummings stated, “I want to thank you(Senator Warren)so much for organizing today’s event to sign a bright light on the poverty in America. Also I thank my colleagues for joining us from the Senate and the House, most of all I want to thank our families and all of you who are taking a moment out of your lives to be here today.”


Reverend Dr. Barber and individuals representing many different issues in America were on the Panel. Vanessa Nosie, Apache Stronghold member, who is on the Stronghold Caravan crossing the Country, was present to voice Native America concerns, “I am Vanessa Nosie, I am Chiricahua Apache (Speaking in Apache), I am enrolled as a San Carlos Apache.” She then spoke in English, “I’m from the Apache Stronghold which is protecting Oak Flat from Resolution Copper. Today I stand here, united with the Poor People’s Campaign and standing here with my brothers and sisters as we are trying to fight, but what we are all fighting for is Justice.”
“The Apache Stronghold has started a caravan that has started in Northern California and is going to be here on June 23 for the action here with the Poor Peoples Campaign. Before I tell you little bit about my own people, I want to tell you about the journey that we started, we started in Elem colony. Before you enter the reservation, Signs say, HAZARDOUS AREA- ENTER AT YOUR OWN RISK by the lake at Clearlake, California.”  Vanessa spoke about the mercury mine that has been left open leaking heavy metal into the water and land, the contamination of the fish, and about the high rate of cancer in the Community. “We talk about healthcare, We talk about the environment, yet they’re allowing open mines to legally contaminate the water and land, the high rate of cancer and the healthcare bill that is going to continue to rise because of corporations and greed, the politicians that don’t want to listen.”
She continued, “The Apache Stronghold went to the Oakland, California, to Berkeley, and they met with the Ohlone people there. There are 425 shell mounds, sacred to the Ohlone, one of them was under a parking lot. They are trying to stop more construction of homes and shopping centers on the sacred sites that are their ancestral homelands that they have a direct connection to.  There is nothing in place to protect indigenous people there, the Ohlone and other tribes in California, they are hurting, because when they look at the holy sites they’re covered with asphalt and buildings.”
“The Apache Stronghold is at a place named Indian Alley tonight, in L.A.(Los Angeles), where American Indians were moved by the US government for relocation, a place where Natives came together. This space is a perfect example of systematic racism and poverty, they were ripped from their homelands, over 100 tribes living in LA, many homeless.” Vanessa spoke about the Caravan making its way across the country so that the message on June 23rd encompasses Americas true history.
“I stand here representing not only Apache people, all people, we need to talk about environmental impacts, talk about systemic racism and talk about militarism, right now the Stronghold is in Sells, Arizona where a border wall is built that is dividing the Tohono O’odham and Pascua Yaqui people on their indigenous lands.”
“I’m asking you to hear our cries, because what indigenous people are doing, what we are fighting for, the land, the water is for everybody. How are you going to be able to turn on your water Faucets? how are you going to be able to raise your children? how are you going to be able to walk outside and breathe clean air? People, we have been fighting colonization for over 500 years. Our fight still exists, we are still considered as prisoners of war.  I protect Oak Flat which has been given to a foreign mining company called Resolution Copper. How am I going to continue to take my children to pray? exist? Picked medicines and the food there? to bathe in the water? That is who I am as an Apache woman. How am I going to continue on my tradition in my culture? No matter if you’re rich or poor, if you have a home or not, there is no issue without water.”  Reverend Barber, added,”That is a form of racism because the policy that allows a multinational company to do it , it was done right here in this city.”


The issues brought forth with the Poor Peoples campaign covered communities across this Country, many focusing on governmental reforms, lack of clean water, healthcare, and suppression of workers.


“The Poor People’s campaign, A National Call for Moral Revival is an opportunity to educate America about its true history, and demand changes to outdated federal policies and create stronger laws that will protect the environment.” Apache Stronghold. 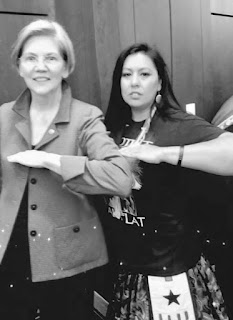 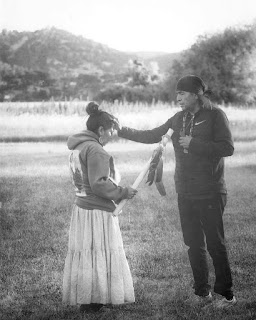