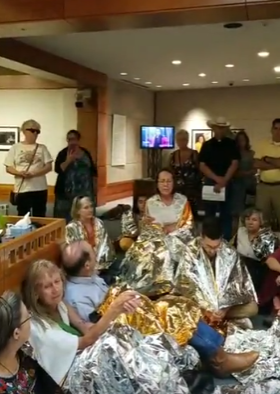 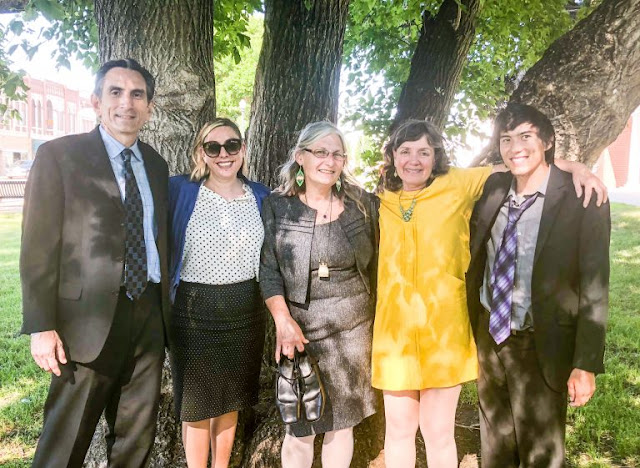 By Water Protectors Legal Collective
Censored News
Eleven Water Protectors have had all charges dismissed because their cases were substantially the same as three who went to trial and were acquitted last week. All 14 were accused of obstructing law enforcement’s efforts to clear the Oceti Sakowin camp on February 23, 2017, pursuant to Governor Burgum’s executive order declaring the camp hazardous to people and the environment.On Friday, June 22, Anthony Provenzano, Cindy Lou Eyerly-Santo, and Bradley Duquette were found not guilty of Physical Obstruction of a Government Function after bench trials before Judge Daniel Narum in Morton County Court.The government argued at trial that the presence of each of these Water Protectors at Oceti was an intentional act; that it was a violation of the governor’s order, whether or not they knew about that order; and that their presence slowed law enforcement’s efforts to clear the camp. Testimony from officers as well as the three Water Protectors, however, suggested that they had not been given notice of the executive order, nor been given any warning or opportunity to leave the camp. In finding the Water Protectors not guilty, Judge Narum pointed out that the state had failed to present facts that would show how any of the three had intentionally obstructed a government function.Bradley and Cindy Lou were represented by volunteer attorney Melinda Power, and Anthony was represented by Water Protector Legal Collective Staff Attorney Moira Meltzer-Cohen.Today, the prosecutor filed two separate Motions to Dismiss the charges against 11 additional Water Protectors from the same arrest date who were scheduled for trials this week, because their cases are “substantially the same.” There are nearly a dozen similar cases from the camp clearing that remain scheduled to proceed to trial in the coming weeks.Posted in Arrestee Updates, Press Releases, Updates
at June 28, 2018 No comments: