On Friday, June 29, Aaron Dorn was found not guilty of Reckless Endangerment (Felony C) and Preventing Arrest or Discharge of other Duties (Felony C) by a 12-person jury in Morton County before Judge David Nelson. Judge Nelson dismissed Dorn’s Physical Obstruction of a Government Function Charge with a Rule 29 Motion for a Judgement of Acquittal following the completion of the state’s presentation. Aaron’s trial lasted two and half days with the jury deliberation occurring for fewer than three hours before reaching a decision.On November 24th, 2016, following an anti-colonial Thanksgiving Day demonstration in Mandan, ND, Dorn was brutally arrested by an unidentified law enforcement officer, who emerged from an unmarked vehicle. Dorn was hospitalized due to the injuries sustained by police during his arrest.ND Highway Patrol Trooper Michael Arndt accused Dorn of driving recklessly towards him while in a caravan of Water Protectors. Law enforcement allowed him to remain for the entire demonstration before approaching and placing him under arrest as people were dispersing from the event.Aaron was represented by WPLC Pro Hac Vice attorney Burke Moore. In addition to Dorn himself, the defense presented the testimony of one witness, Marcello Kills The Enemy from the Rosebud Sioux tribe who traveled to testify on Aaron’s behalf. Four officers testified for the state.Asked for comment, Aaron and Burke said the following: “It’s a step in the right direction that two very privileged people can strike a blow like this, but it’s a small victory compared the struggle that lies ahead, particularly for those Water Protectors who are in federal custody. We declare our solidarity with Red Fawn, Little Feather and Dion Ortiz, and ask that everyone do all that they can to stand with them.”
at June 29, 2018 No comments: 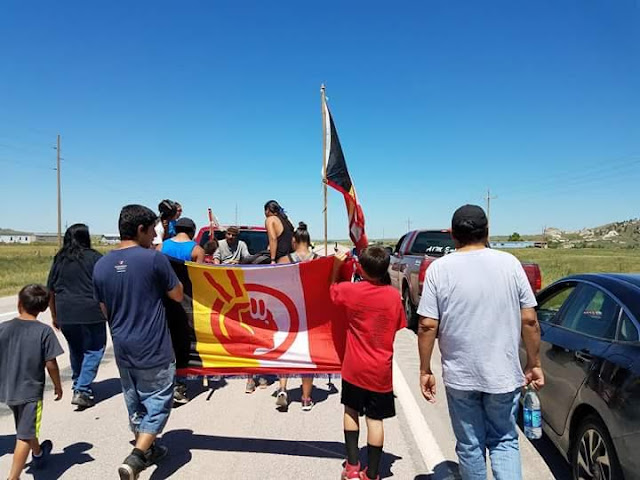 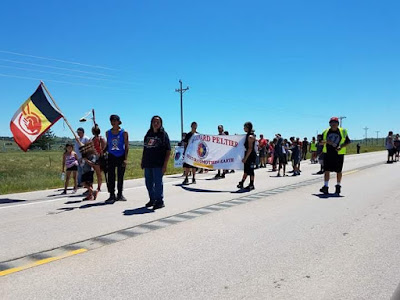 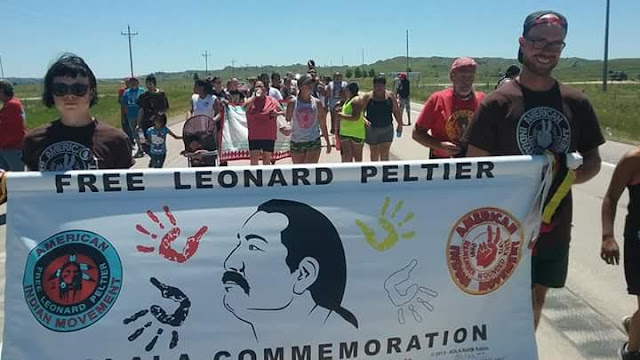 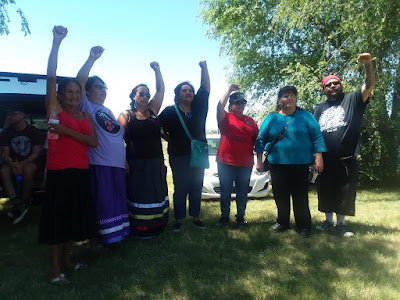 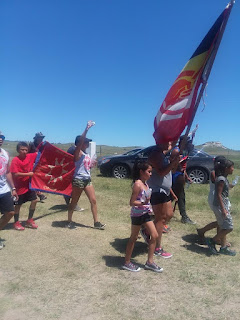 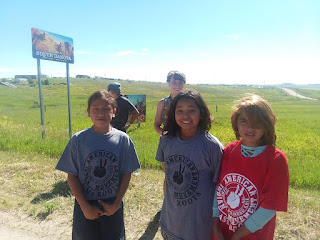 Oglala Commemoration Statement 2018
Greetings Relatives, Friends, and Supporters:If Leonard were standing here today his words would be those of gratitude and love for the decades of prayers, ceremonies, walks for freedom, demonstrations, protests, hunger strikes, fundraisers, congressional lobbying, and the work of the last three clemency campaigns and most importantly for ALWAYS remembering him on this day that was embedded in history 43 years ago.Forty-three years ago, today Leonard and many others made a stand for freedom, a stand for the Oglala Lakota homelands, water, and resources, and a stand for the next generation of Oglala Lakota to live as sovereign free people. That day, that moment in time - forever changed the course of Leonard’s life. Over the past 43 years Leonard has been held in the most severely restricted maximum-security prisons in the United States. Over the past 43 years Leonard’s legal battle has been in federal district courts, appeals courts, and before the United Nations Human Rights Commission in Geneva and New York every year from 1984- 2018. Over the past 43 years international political, justice, and religious leaders have actively written letters and contacted the past four sitting presidents demanding that Leonard be released from prison. Over the past 43 years Leonard has had to mourn the passing of his immediate family members and witness his children and grandchildren grow into adulthood without him from a prison cell.Leonard has been on “lock-down” for approximately 30 days at Coleman U.S.P. - which means that every morning during the lockdown Leonard wakes up in isolation, spends his day in isolation, and goes to sleep in isolation from his legal team, family, friends, and the support of his defense committee staff and board. Which makes this day even more significant for Leonard, for the sacrifice of Joseph Stuntz for the sacrifice of thousands and thousands of Oglala Lakota people who gave their lives for the land so that the people may live…If Leonard were here today he would ask each of you to never stop fighting the United States government and their genocidal policies, he would ask you to contact your elected tribal leaders and have them write a letter to the White House demanding Executive Clemency, he would ask each of you to contact every elected congressional and state representative demanding Executive Clemency, he would ask each of you to join with the International Leonard Peltier Defense Committee’s newly launch media campaign for his freedom… And he would ask you to keep him in your heart and prayers so that one day he can return home to feel his feet on the land he gave his life for, see the relatives of the people he gave his life for, and most importantly so he can walk among the beauty of our Native life ways and ceremonies which he gave his life for… If Leonard were here today he would tell you he would do it all over again if need be because he loves his people more than life itself…In the Spirit of Leonard Peltier and in the Spirit of Crazy Horse,The International Leonard Peltier Defense CommitteeBoard of Directors.
at June 29, 2018 No comments:

Selfie in jail: Defenders of migrant children jailed over Trump's genocide and torture of children at border