Update Aug. 2: See listing below, still no details for the Portland session

Interior Dept. Aug. 2, 2012
A Notice by the Indian Affairs Bureau on

Thursday, August 02, 2012
Agencies:
Department of the Interior
Bureau of Indian Affairs
Dates:
See the SUPPLEMENTARY INFORMATION section of this notice for the dates of the tribal listening sessions. We will consider all comments received by close of business on September 21, 2012.
Comments Close:
09/21/2012
Document Number:
2012-18891
Shorter URL:
https://federalregister.gov/a/2012-18891

The Department, through the Office of the Assistant Secretary—Indian Affairs, intends to develop policy to strengthen the protection of sacred sites on Federal lands. For many years the Department has received input on sacred sites and to that end, the Department is seeking input specific, but not limited to, the following topics regarding sacred sitesShow citation box

"Indigenous peoples have the right to self-determination. By virtue of that right they freely determine their political status and freely pursue their economic, social and cultural development," according to Article 3 of the U.N. Declaration on the Rights of Indigenous Peoples. 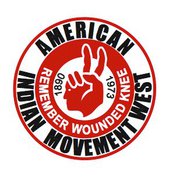 
The public is invited to attend the observance of the United Nations proclaimed “International Day of the World’s Indigenous Peoples” at The BRAVA Women’s Theater, 2781 24th Street, in San Francisco, on Thursday, August 9, 2012 from 11:30 am to 6 pm.


The event, sponsored by American Indian Movement-WEST, a community based human rights advocacy organization promoting the rights of Indigenous peoples of the western hemisphere, seeks U.S. implementation of the UN Declaration on the Rights of Indigenous Peoples, adopted by the General Assembly in September 2007, in an effort to educate communities and the youth about the achievements Indigenous peoples have gained in the international arena since 1977, and the challenges posed at the grassroots level.


“The world’s Indigenous peoples—370 million in 70 countries—are the custodians of some of the most biologicaloly diverse areas on earth.  They speak a majority of the world’s languages, and their traditional knowledge, cultural diversity and sustainable ways of life make an invaluable contribution to the world’s common heritage.


The adoption of the United Nations Declaration on the Rights of Indigenous Peoples by the General Assembly in 2007 was a landmark in the struggle of Indigenous peoples for justice, equal rights and development.  There have also been recent welcome steps at the national level; some governments have apologized to Indigenous peoples for past injustices, and others have advanced legislative and constitutional reforms.


Still, Indigenous peoples remain some of the most marginalized populations, suffering disproportionately from poverty and inadequate access to education.  Many face discrimination and racism on a daily basis.  All to often, their languages face strictures or are threatened with extinction, while their territories are sacrificed for mining and deforestation.


Indigenous peoples also tend to suffer from the low standards of health associated with poverty, malnutrition, environmental contamination and inadequate health care.  With that in mind, this year’s observance of the International Day focuses on the threat of HIV/AIDS.  It is essential that Indigenous peoples have access to the information and infrastructure necessary for detection, treatment and protection.


Insufficient progress in health, in particular, points to a persistent and profound gap in many countries bwtween the formal recognition of Indigenous peoples’ rights and the actual situation on the ground.  On this International Day, I call on Governments and civil society to act with urgency and determination to close this implementation gap, in full partnership with Indigenous peoples.” (2009)


The day’s activities will include a press conference starting at 11:15 am, to include solidarity statements, special guest speakers, traditional dancers, drummers and singers, and performances from Indigenous nations in solidarity with the occasion, sharing their cultures and spiritual beliefs.


The program begins with traditional Mexica TeoKalli dance to the four winds/directions, and invocation from Ms. Betty Parent with reading from the Great Law of Peace.  We are joined by special keynote speaker Dr. Roxanne Dunbar Ortiz (professor-retired), followed by a *panel discussion on “Mayan Cosmo-vision for 2012 and beyond”, moderated by Dr. Jose Cuellar (aka DR. Loco), including Consejo de Ajq’ijab’s Don Pasquel Xayon, and *TBA.


The afternoon includes a recent documentary screening of “Mayan Words” (Palabras Mayas) in Spanish with English subtitles, and “Guatemala Vive!” followed by discussions after the panel and film.  The event will focus on sacred sites with references to the UN Declaration on the Rights of Indigenous Peoples, Media and Partnerships in Action, Climate Change, and political prisoners in the U.S. such as Leonard Peltier.


A donation of $5 is requested at the door, nobody turned away!  The press, families and youth are cordially welcomed.  Door proceeds go toward The Brava Theater! Raffle prizes, refreshments and snacks, vendors and information booths available!  Support your AIM chapters!