'Revolution' film journey of saving the species and ourselves


Wonderful to see familiar faces, and the beautiful cinematography in the trailer of the upcoming film 'Revolution' being released on April 12, 2013. 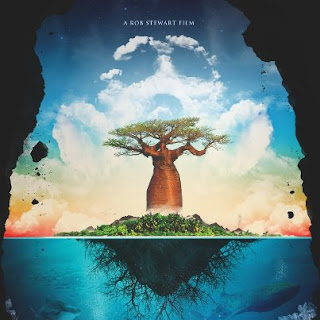 About 'Revolution'
Revolution is a film about changing the world. The true-life adventure of Rob Stewart, this follow-up to his acclaimed SHARKWATER documentary continues his remarkable journey; one that will take him through 15 countries over four years, and where he'll discover that it's not only sharks that are in grave danger -- it's humanity itself.

In an effort to uncover the truth and find the secret to saving the ecosystems we depend on for survival, Stewart embarks on a life-threatening adventure. From the coral reefs in Papua New Guinea and deforestation in Madagascar to the largest and most destructive environmental project in history in Alberta, Canada, he reveals that all of our actions are interconnected and that environmental degradation, species loss, ocean acidification, pollution and food/water scarcity are reducing the Earth's ability to house humans. How did this happen, and what will it take to change the course that humanity has set itself on?

Travelling the globe to meet with the dedicated individuals and organizations working on a solution, Stewart finds encouragement and hope, pointing to the revolutions of the past and how we've evolved and changed our course in times of necessity. If people were informed about what was really going on, they would fight for their future -- and the future of other generations. From the evolution of our species to the revolution to save it, Stewart and his team take viewers on a groundbreaking mission into the greatest war ever waged.

Startling, beautiful, and provocative, Revolution inspires audiences from across the globe to start a revolution and change the world forever.
at March 31, 2013