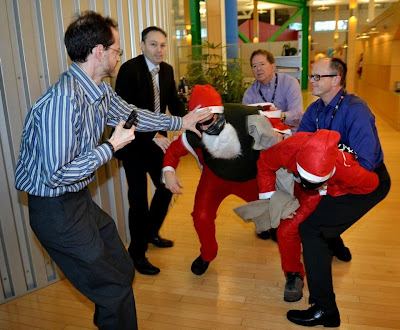 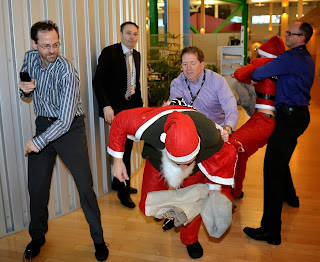 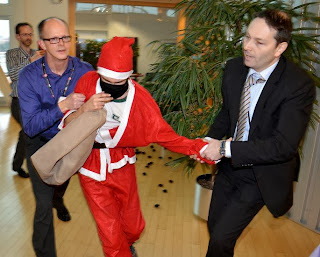 VANCOUVER, COAST SALISH TERRITORIES – This morning Port of Metro Vancouver staff and security responded with physical force when 6 Santa Clauses arrived at their offices to deliver sacks of coal to the offices of the Port of Metro Vancouver, along with thousands of peoples’ wishes urging the port to say ‘no’ to a new coal terminal in Surrey.


“The disproportionately violent response from Port Metro staff indicates that they are hellbent on suppressing all public opposition to the proposed coal terminal. We simply want Port Metro Vancouver to listen to the wishes of people today, and of generations upon generations of children to come who want nothing more than clean land on which to live, clean water to drink, and a liveable climate,” said Chandra Tung, a spokesperson for the group.

More than a dozen police arrived on the scene in 6 cars and one paddywagon. Police held one of the Santas for questioning for approximately 20 minutes before allowing her to leave. No charges were laid. The environmental impact assessment has been widely criticized by resident groups, local governments, medical researchers and health authorities for failing to adequately consider the human health, local environment and climate impacts of the proposal.

Santa continued: “Robin Silvester is getting a big lump of coal in his stocking this Christmas. His port has been bullying communities and ignoring expert advice. Robin and his friends in the coal industry need to learn a few basic lessons: communities have the right to say ‘no’, and coal needs to stay in the ground.”

Rising Tide has launched a ‘Flood the Port’ campaign, asking people to voice their opposition to the Fraser Surrey Docks on the last day of the public comment period, and pledge to take to the streets to stop the coal terminal from being built if Port Metro Vancouver approves the project. The pledge is available here. If built, the Fraser Surrey Docks project would export 8 million metric tonnes of coal annually, and be responsible for 17 million tonnes of carbon dioxide emissions each year.

When combined with the Lower Mainland’s existing coal export capacity, the Fraser Surrey Docks project would result in the region becoming North America’s biggest coal exporter. Rising Tide is part of a global network of climate and environmental justice activists who work to address the root causes of environmental destruction.
The group has consistently worked with communities facing large scale industrial energy projects to send the message that communities have the right to say “no.” -30- For interviews contact: Risingtide604@riseup.net 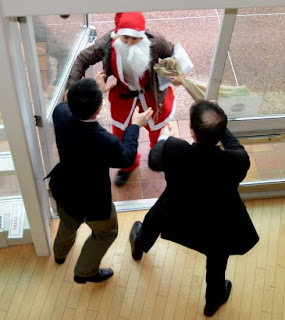