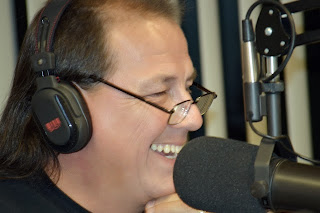 Pope Francis: A Gimmick or a Game Changer?

We are hearing much about this new Pope and his radical support for the poor, but the truth is there will remain a gaping hole in his posture until the papal bulls responsible for the Doctrine of Christian Discovery are addressed. Only a full repudiation of the papal bulls of Pope Nicholas V (1452) and Pope Alexander VI (1493) will keep the bold statements of Pope Francis from ringing hollow for Indigenous people.
Pope Francis may win the Nobel Peace Prize to go along with being named Time magazine’s "Man of the Year," but let's be honest — these honors have less to do with real change and more to do with propaganda. Still, this Pope has the opportunity to follow the World Council of Churches and make the strongest statement on the subject yet.
It isn't enough for the Catholic Church to merely suggest, as it has, that the 15th century bulls are no longer church doctrine. The Vatican started this mess and it's up to this Pope to make a definitive statement rejecting the racist doctrine that continues to be the cause for much of the very poverty to which he speaks.
Of course, strong statements by churches or the Vatican will not undo the damage. The United Nations made its statement, stopping just short of a specific condemnation of the church doctrine in the U.N. Declaration on the Rights of Indigenous Peoples (UNDRIP) but still making their intent quite clear. The third affirmation of the UNDRIP states:
“that all doctrines, policies and practices based on or advocating superiority of peoples or individuals on the basis of national origin or racial, religious, ethnic or cultural differences are racist, scientifically false, legally invalid, morally condemnable and socially unjust."
But while the U.S. rejects world opinion or international law confronting their "morally condemnable and socially unjust" laws, it seems to have had no problem codifying into its law church doctrine that clearly conflicts with its claim to a separation of church and state.
Both the U.S. and Canada have actually backed themselves into a corner on this. As these two countries attempt to promote themselves as the moral authority for the world even as the balance of world domination slips away and they actively destroy the land, water and air in pursuit of dollars, their ugly history and justice systems built on racist church dogma cannot be ignored.
The "house of cards" that is their federal Indian law cannot survive any legitimate scrutiny. And their oppressive policies that include raids, physical abuse, kangaroo courts and the general criminalization of all things Native are becoming harder and harder for them to explain away as anything less than a gentler form of genocide. Meanwhile, our people continue to defend the land and the future for all of our children while the U.S. and Canada continue to lose credibility with anyone not in their pockets.
I am not among those clamoring for reparations for all past injustices or for an absolute do over for the last 500 years. Both would be a great dream but neither is realistic. In fact some of our own people would be casualties of a toppling of the house of cards the U.S. and Canada is built on. I believe our leverage over their weakness should be used to press for honest and fruitful negotiations to solve the conflicts with the oppressive nature of these beasts.
There is much work we need to do to return to our ways of solving problems. Rejecting the "Indian Act" and Bureau of Indian Affairs dictates and interferences is an important start. Taxation and any outside controls of our economic development also need to be pushed back. And, of course, a seat at the table over environmental issues is an absolute must. The unfettered access to resources from our lands and practices that continue to place our children's future in jeopardy must end and any discussion for such going forward must include us.
As reasonable as this sounds to Native people, the U.S. and Canada are a long way from reasonable on these matters. Only a repudiation of the Doctrine of Christian Discovery and the U.S. Supreme Court decisions and opinions that start in 1823 with Johnson v. M’Intosh can slap some sense into countries that allowed "racist, scientifically false, (and) legally invalid" church doctrine to become their laws of the land. This is literally their entire basis for their alleged diminishment of Native sovereignty.
So step up "Man of the Year" and take the big steps to address poverty. After all, it is the Vatican and other corporations of Christian nations that sit on the wealth and resources that have been and continue to be extracted from the lands of Indigenous peoples. And it is that accumulation and consolidation of wealth that is responsible for poverty. And it is the papal bulls from past Popes that paved the way for this unlawful subjugation that continues today.
Clean your house, Pope Francis, and we'll take it from there.
– John Karhiio Kane, Mohawk, a national expert commentator on Native American issues, hosts “Let’s Talk Native…with John Kane,” ESPN-AM 1520 in Buffalo, Sundays, 9-11 p.m. Eastern Time. He is a frequent guest on WGRZ-TV’s (NBC/Buffalo) “2 Sides” and “The Capitol Pressroom with Susan Arbetter” in Albany. John’s “Native Pride” blog can be found at www.letstalknativepride.blogspot.com. He also has a very active "Let's Talk Native...with John Kane" group page on Facebook.