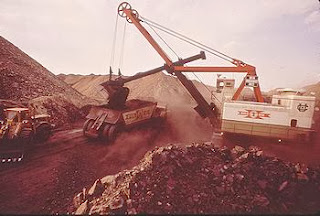 DILKON, Arizona – On behalf of all Diné people, Diné Citizens Against Ruining our Environment (Diné C.A.R.E.) sent a letter to the U.S. Department of the Interior's Deputy Inspector General, Mary Kendall on December 12, 2013, requesting an investigation into the Bureau of Indian Affair's (BIA) involvement and lack of oversight in the BHP Navajo Mine transaction.


Navajo Nation’s potential acquisition of BHP Navajo Mine has rapidly progressed without public scrutiny or input, and resulted in the Navajo Nation waiving BHP Billiton of all past, present and future liabilities.  The Navajo Mine ownership transfer requires BIA’s approval for completion, “no lease or interest therein or the use of such lease shall be assigned, sublet, or transferred, directly or indirectly, by working or drilling contract, or otherwise, without the consent of the Secretary.” 25 C.F.R. § 211.53(b).  This approval process serves the Navajo Nation to “maximize [the Nation’s] best economic interests and minimizes any environmental impacts or cultural impacts.” 25 C.F.R. §211.1

A May 15, 2013 letter from the Navajo Nation Attorney General, Harrison Tsosie and BHP New Mexico Coal Asset President, Pat Risner, stated that the BIA approval was not needed for the Navajo Mine transfer.  Diné C.A.R.E. strongly disagrees with this assumption due to contradicting language of 25 C.F.R. §211.53(b) that requires the consent of the Secretary of the Interior.


Additionally, the Office of Surface Mining (OSM) responded to public commentary stating that the BIA fulfilled their trust responsibility when they approved mining in 1957.  “OSM utilizing the 1957 Secretary’s approval for mining is ridiculous because circumstances have changed in the past 50 years and that approval does not encompass the full extent of BIA’s trust responsibility,” stated by Colleen Cooley of Diné C.A.R.E.


“Diné C.A.R.E. affirms that the BIA approval is required for the ownership transfer of Navajo Mine pursuant to 25 C.F.R. § 211.53(b) to ensure that the transfer is in the Nation’s best economic and environmental interests.  These determinations need to be available for public scrutiny by all Diné People,” stated by Sarah White, a Burnham Chapter member.
“As Diné People, we are duty-bound to carry out our responsibilities as caretakers of our land, air, water and People for the future generations to come,” stated Lori Goodman of Diné C.A.R.E.