The Year of the Whistleblower 2013 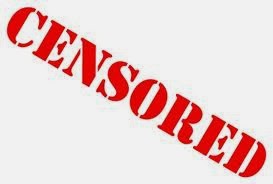 Topping the list in Indian country: Buying into dirty coal, the threat of new uranium mining and the roundup of wild horses for slaughter houses, all by the Navajo Nation government

The year of 2013 was the year of the whistleblower. Edward Snowden exposed that the US is spying on, and collecting data, belonging to the world's citizens and diplomats.

A World Bank whistleblower exposed how the financial elite control the world, and bought the media to silence it. Global Research reports, "Karen Hudes is a graduate of Yale Law School and she worked in the legal department of the World Bank for more than 20 years."

"The goal is control. They want all of us enslaved to debt, they want all of our governments enslaved to debt, and they want all of our politicians addicted to the huge financial contributions that they funnel into their campaigns. Since the elite also own all of the big media companies, the mainstream media never lets us in on the secret that there is something fundamentally wrong with the way that our system works."
Read more: http://www.globalresearch.ca/world-bank-whistleblower-reveals-how-the-global-elite-rule-the-world/5353130

Here at Censored News, we celebrate the many whistleblowers who have provided us with original news this year.

Dine' Leland Grass and Nahooka Dine' medicine men shared the truth about the wild horse slaughter campaign of the Navajo Nation government. Grass and traditional Dine' exposed the horse roundups that continued after Navajo President Ben Shelley said the roundups had been halted. After those roundups, Navajo wild horses were bought by outside contractors who ship wild horses to Mexico for meat. http://bsnorrell.blogspot.com/2013/08/navajo-medicine-people-oppose-horse.html


We look forward to more documents to expose why the Navajo Nation government continues to sign leases with the dirty coal industry, and is purchasing a dirty coal industry mine, while refusing to take responsibility for the damage to the earth and climate.

We also look forward to documents exposing why a Navajo councilman is pushing for uranium mining in the same area where one of the nation's deadliest uranium spills took place at Church Rock, N.M.

Further, we look forward to the exposure of how non-Indian attorneys employed by Indian Nations have actually been working for the benefit of the US government and corporations to seize Indian water rights, by way of the so-called Indian water rights settlements.

Perhaps in the coming year there will be more documents exposing how non-Indians in the casino industry used the concept of 'sovereignty' as a means of financial profiteering on Indian lands. For instance, just drive across the Tohono O'odham Nation and you will see that those millions from the Tohono O'odham casinos are not going to O'odham.

Perhaps we will see even more documents on how the Tohono O'odham government has given land use to the US Border Patrol to militarize this sovereign land, and build US camps and US spy towers, even after the exposure that US Border Patrol agents are heavily involved in drug running in the area.

We also await more documents on how elected tribal officials in North Dakota are benefiting from the oil and gas industry that is destroying Indian lands and poisoning the water.

As for the so-called Cobell settlement, we wait to see how this will ultimately be used by the US to benefit the US.

We urge all news reporters who have been censored, silenced and manipulated to expose the truth about the news industry in Indian country.

The national Indian news relies heavily on plagiarism and rewriting the web by armchair journalists. The truth is watered-down, if it appears at all. The reporters are placated with paychecks for never leaving their homes.

We look forward to exposures of those non-profits who secretly garnish huge salaries and global travel budgets for their staff by writing grants in the names of desperate Indigenous Peoples who are never told of the grants, often for hundreds of thousands of dollars. Other non-profits are sleeping with the enemy, receiving grants from the Department of Defense and mining.

We celebrate the Mohawk, Anishinaabe, Dine', Lakota and other Native columnists who share their columns here. As the tribal governments and US government continue their spin to protect their secrets, we appreciate the revelations from Wikileaks and Anonymous.

Meanwhile, in Arizona, a federal agent whistleblower is exposing how the US ATF was running weapons to drug cartels in Mexico, and the FBI's involvement in the murder of a Border Patrol agent.

Already, the ATF has been exposed for running assault weapons south to cartels in Mexico. Hundreds of US Border Patrol agents and ICE agents have been arrested for drug smuggling along the US Mexico border when the drugs are smuggled north, according to testimony before Congress.
Read the latest exposure at Arizona Republic: Agent: FBI key in border agent Terry slaying: http://www.azcentral.com/news/articles/20131226fast-furious-agent-terry-killing-book.html

Perhaps in the coming year we will see a different type of whistleblower, one that exposes the corruption from the grassroots level, and says 'No More!' to the media spin; the indifference that allows people to freeze to death on US sidewalks; and allows the US its pomp, false glory and impunity for the assassinations of women and children with US drones in Pakistan and Yemen.


Censored News was founded in 2006 when Brenda Norrell, longtime staff reporter for Indian Country Today, was censored and terminated. With 2.9 million views, Censored News is published without advertising or sponsors. Focused on Indigenous Peoples and human rights, Censored News is a media whistleblower site, exposing the corruption and collapse of the news industry in Indian country and beyond.

And let us all celebrate your honorable and heroic effort to publish the "real truth".
May the heavens strengthen and protect you, and may your works always be truthful and factual.
Pray 2014 IS the year of Exposure, and the wicked ways of the past are buried...forever.
Peace~Rod Steckler~Vancouver, Wa.

You do good and important work. I hope the New Year brings you and your's great satisfaction, many successes, and truly, much happiness.