WOMEN, PUT YOUR BOOTS ON!
MNN. FEB. 15, 2013. Elimination of Indigenous women is government policy. We are being sacrificed for private profit. The bankers fear the women as the owners of the land and for having the power to stop the war. Who created the misconceptions of Indigenous women? Fur traders, whisky traders, North-West Mounted Police, Indian Agents, government officials, farmers, ranchers, missionaries and land speculators.

Let’s keep walking!
Wealth comes from stealing and controlling our land. We have to be destroyed in any way possible. Powerful negative stereotypes are promoted on the mainstream media.

It’s all coming down.

At the Albany Congress 1754 the Haudenosaunee tried to teach the pre-revolutionary American colonists about democracy through the Great Law of Peace and the egalitarian role of women. The pioneers did not want their women to know about their real power nor to give them a place in decision making. The attack on us is to break our power.
Human Right Watch Report “Then You Take Us Away: Abusive Policing and Failures – Protection of Indigenous Women and Girls in Northern British Columbia, Canada” is about government sanctioned RCMP brutality toward young Indigenous women and girls.
Prime Minister Harper advised the brutalized and raped victims to file their complaints with their rapists, the RCMP. He is complicit in genocide and will be tried in the International Criminal Court. His inhuman response shows the flaws of the business plan of the corporate system to take over the earth. The recent take-down of the Pope at the Vatican represents the end of the male hierarchical control grid. The rest will crumble, the monarchies, corporations, and all their entities.

We will find you!

The women have a sacred trust as progenitors of the land. Our mother is now calling us to connect with each other and retrieve the instructions that exist deep within us. The songs and dances we perform are our medicine, Ononkwa, invoking the power of the original instructions that lie within.
We are connected through our subconscious. Our ceremonies remind us to stay on the winding route in unison and harmony with one another, in the same direction.
The Kaianereh’ko:wa is nature, a “clearly defined perfect reality”. It is “right, perfect and wise”. The man-made reality of the Euro American is disharmonious with nature, an Artifice.
We are the legal advocates of peace, not war. We are in charge of mother earth. The men are the keepers of the forest and the women are the keepers of the fields.

Dekanawida, the Peacemaker, had the greatest influence on the world. Jigonsaseh, a woman, was the leader of the cultivators, with whom the Peacemaker had to deal. She was recognized as the Mother of Nations. She reminded him of the power of women as the basic tenet of the Great Law.
Creation is the ultimate wisdom. It is ancient and advanced at the same time. It is already here. Original people, let us protect our girls and women so they may carry out their duties in the natural way.

Keep walking.
As Nancy Sinatra sang in “These Boots”:  “I’ve just found a brand new box of matches, yeah. And what he know you ain’t had time to learn. Are you ready, boots? Start walking!” http://www.youtube.com/watch?v=SbyAZQ45uww 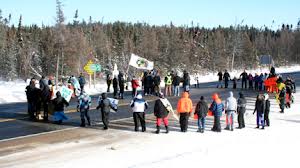 Update Friday night, Feb. 15, 2013
Attawapiskat***Emergency news update from my reserve of Attawapiskat blockade against the De Beers mine: Just got word that the conjunction for OPP to go to our reservation to arrest the blockaders went thru. At the meeting this evening, the council met with the blockaders and only the women are left standing and will not give up and keep on going even if they are getting arrested at the blockade site. There were tears that were shed as as Danny Metatawabin, negotiator of Chief Theresa Spence in Ottawa cried n ask the blockaders to stop but refused. Men have stepped down and only one Cree sister, Rebecca Iahtail will not step down, who has been sick for sometime with cancer and will not retrieve. These women shouldn't be left standing alone as law enforcement come to get them. Pls pray, repost and watch what is unfolding up there. De Beers had really cross the line with our people and it just so sad n hard to hear our Cree sister, a grandmother elder n others who are there will get taken away. Chief Theresa is there.

Yesterday five people got serve with a court junction, today they're going
to know if they're going to be picked up by police to be taken to jail.
And today also De Beers is meeting with the Judge. The Attawapiskat First
Nation Councillors are mad and standing with us, We need your Help and
want to know if you are coming or not, please let us know as soon as
possible. Also you have our permission to go ahead and send this to your
worldwide email network. You will hear from us again soon after we meet
with De Beers today.

By Terrance Nelson
First Nation Roseau River Ojibway
Censored News
http://www.bsnorrell.blogspot.com
Good Morning,
A friend of mine told me a story. He is originally from Buffalo Point Reserve in Manitoba but lived in Edmonton for years. He works six months out of the year on oil rigs all over the world. Years ago, as a young man, first time in Africa, he lands at the airport and he see Africans lined up at a fence. He notices a little boy being kicked by older men in front of the line. A woman runs to pick him up but she loses her spot in the line. She is crying.
My friend asked an older worker, What is that all about. The older worker is crude in his response but he says Africans line up to earn a little money. They all want to be the first to carry the bags of the oil workers in the hope of being paid some cash.
This is the system that De Beers is used to in Africa. The indigenous people lined up to make a little bit of money carrying the suitcases of the workers. That theft system is enforced by white law. The blacks in Africa were lined up to carry the suitcases of the workers that were sent to take their oil wealth. De Beers is taking your wealth and paying a little for that. The percentage they pay your First Nation isn't really a payment. The government of Canada counts all the training dollars, the employment as payment but it is not really a payment. It is not a royalty payment on the natural resources paid to you directly.
We see starving children in Africa on our television every day. We turn the channel or turn off the TV but we learn to believe that Africans cannot take of themselves. The reality though is that the Blacks in Africa face what you face The theft of their wealth. De Beers is very experienced in this system. They have the media in Canada on their side. $300 million pumped into the Attawapiskat First Nation screams the Sun Media Network and this is how those lazy Cree repay the generous Debeers company. That's the message the white media is telling Canadians.
The Media is paid for, they tell us only what the governments want us to believe. We are told that the French are fighting "terrorists" in Mali and we are led to believe that this is the truth. The same French that fought the "terrorists" in Vietnam. Of course the United States supports this fight, western military is involved in 29 African countries making sure that Africans continue to carry the bags of the workers taking their natural resource wealth while African children starve.
Canadians are told, please send money to feed the starving children in Africa. They are never told that the Africans are held in economic bondage by IMF and the World Bank, denying them the ability to finance their own resource development.
You told me that De Beers "gives" your First Nation $2 million per year. The question is how much do they make per year taking your resource wealth.
I cannot tell you or advise you on whether or not you obey the court injunction, that is your choice. I chose to obey the court injunction. The court injunction in your case is the same as ours, the court granted it in our absence. Until I get a court injunction that I have been allowed to fight in court, I am not going to do railway blockades. If there is no justice in the Canadian courts and they simply uphold immigrant title over Anishinabe title, I will be left with a choice at that time. For now, I am sending you my statement of defence.
http://mightisnotright.org/manitoba-case.php
I do advise you to contact the De Beers shareholders and make sure that investors in De Beers understand the theft of your natural resource wealth will not be unopposed.
I cannot go to Attawapiskat immediately but am willing to do so in March. I will bring up your matter to the American Indian Movement summit in Wounded Knee S.D. on February 26. We will however immediately generate some help for your First Nation. The Canadian government doesn't care, they will care only if this becomes an international issue. If you chose to fight, there will be people going to Attawapiskat to help you. Sending people to Attawapiskat presents a lot of problems in costs and logistics. De Beers has hundreds of millions of dollars and they have the government and media with them.
I can tell you that if the police violently enforce the court injunction and your people are hurt, the repercussions across Canada will be immediate. We are not in Africa, Canada bought $2 trillion worth of American exports in the last ten years. If Americans start seeing blockades in Canada lasting weeks, their economy will collapse alongside Canada's.
Sorry I cannot help you more right away but I am sending your SOS to everyone that is on my email list.

In Botswana, a long dispute has existed between the interests of the mining company, De Beers, and the relocation of the Bushman tribe from the land, in order to exploit diamond resources. The Bushmen have been facing threats from government policies since at least 1980, when the diamond resources were discovered.[55] A campaign is being fought in an attempt to bring an end to what the indigenous rights organisation, Survival International considers it to be a genocide of a tribe that has been living in those lands for tens of thousands of years.[56][57][58] On the grounds that their hunting and gathering has become obsolete and their presence is no longer compatible with preserving wildlife resources, they were persecuted by the government in order to make them leave the reserve. To get rid of them, they have had their water supplies cut off, they have been taxed, fined, beaten, and tortured as per land clearing requests by De Beers.[59][when?][clarification needed] Several international fashion models, including Iman, Lily Cole and Erin O'Connor, who were previously involved with advertising for the companies' diamonds, have backed down after realising the consequences raised by this scandal, and now support the campaign.[60]
at February 15, 2013 1 comment: 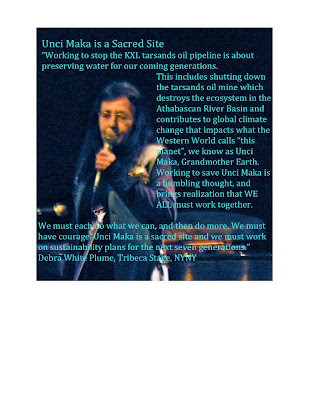