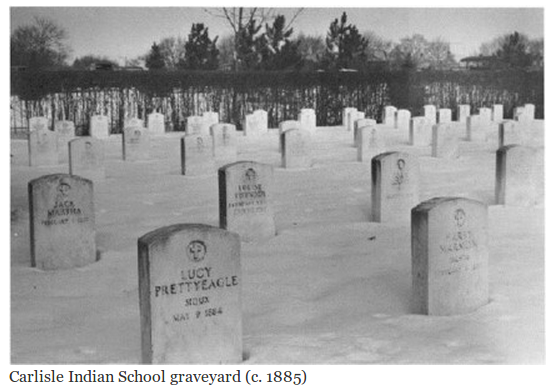 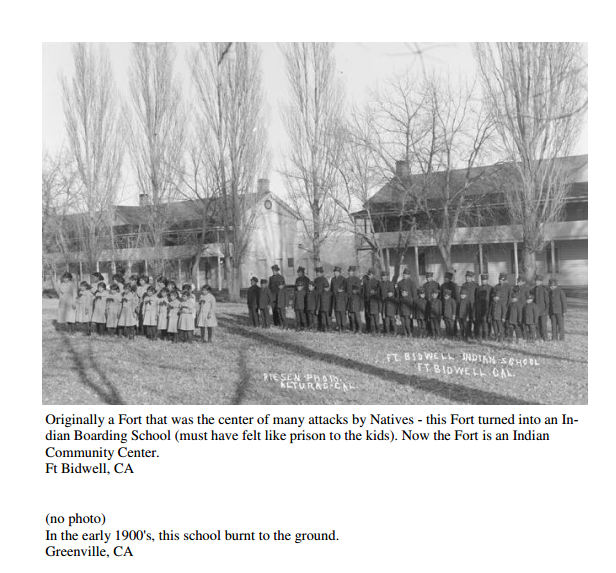 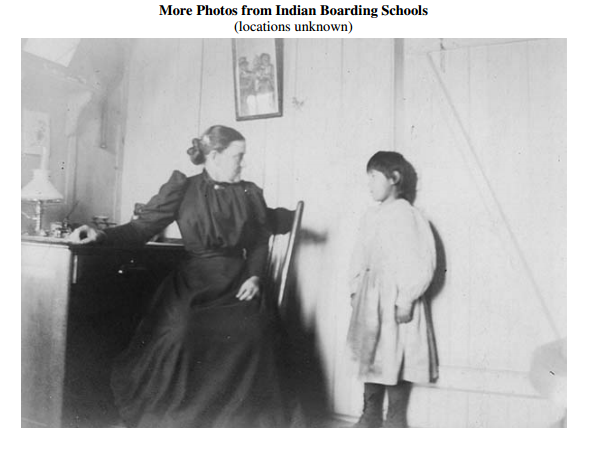 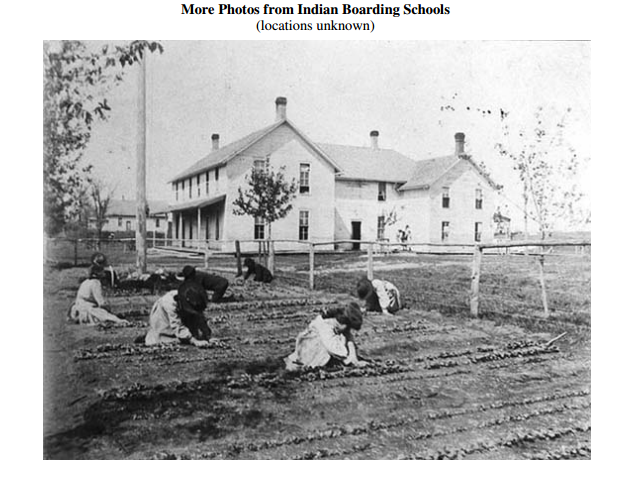 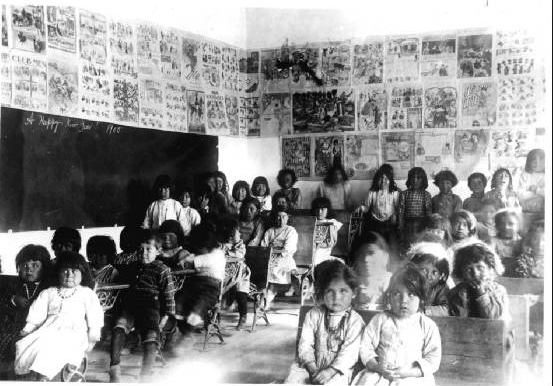 Fort Sumner by Louise Benally, Dine'
The following comments by Louise Benally of Big Mountain, comparing the Long Walk and imprisonment in Bosque Redondo to the war in Iraq, and responding to this photo, were censored by Indian Country Today.

Navajos at Big Mountain resisting forced relocation view the 19th
Century prison camp of Bosque Redondo and the war in Iraq as a
continuum of U.S. government sponsored terror.
Louise Benally of Big Mountain remembered her great-grandfather and
other Navajos driven from their beloved homeland by the U.S. Army on
foot for hundreds of miles while witnessing the murder, rape and
starvation of their family and friends.

“I think these poor children had gone through so much, but, yet they
had the will to go on and live their lives. If it weren’t for that, we
wouldn’t be here today.
“It makes me feel very sad and I apply this to the situation in Iraq.
I wonder how the Native Americans in the combat zone feel about killing
innocent lives.” 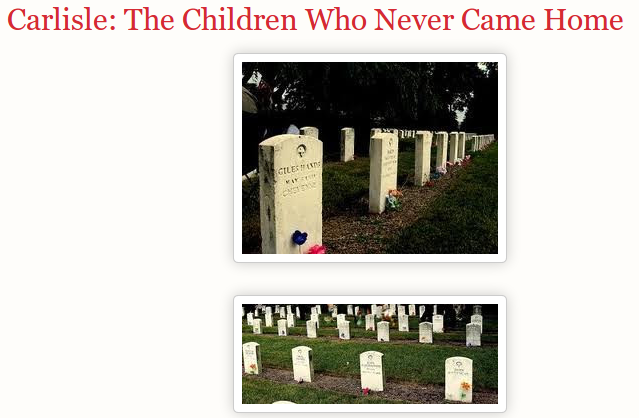 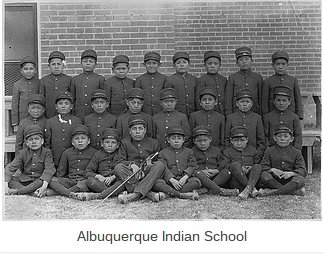 Above: Haskell in Kansas, photo from: http://www.ancientways.org/otherprojects.asp
.

I visited the Carlisle School graveyard several years ago. Very sad place. I think the greatest hypocrisy is the placing of crosses on the tombstones. I doubt that Jesus would have approved of what was done to the children at this school.

There is nothing that the American government or the American people can do that would repay what was done to the First Nation's children at these schools. An apology would be an ineffectual attempt to satisfy their feelings of guilt. It is very important that these facts be made public. The American people need to hear the hidden history.

This being said, it is important to remember that the American people not an held accountable for what their ancestors did or did not do. They can only be accountable for that which they do themselves in the present.

I was in one of these places in the State of Wisconsin,There they was no grave stones,most times no boxes,just bodies in ground and guess who had to dig holes