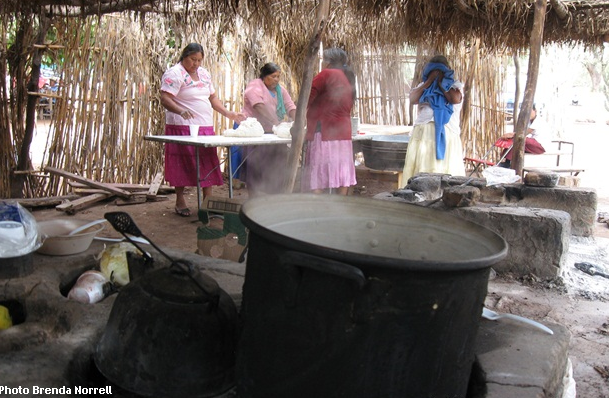 Each day the news becomes more manipulative with the truth distorted to deceive you. There is no better place to observe this than in the national Indian country news, where the news ranges from systematic plagiarism to news lite, distraction and spin.

The news coverage of the recent UN World Indigenous Conference in New York makes the point. Those who attended the World Conference on Climate Change and the Protection of Mother Earth in Cochabamba, Bolivia, in 2010, hoped this gathering would continue the work. However, they were quickly disappointed. They were not even allowed to participate, which was by invitation-only for the UN well funded.

While mining is among the top threats to Indigenous Peoples around the world -- resulting in assassinations, disappearances, rapes and torture -- mining has been kept off the agenda as a priority at UN Indigenous gatherings. Dirty coal mining, uranium mining, and metals mining, and the deaths, homelessness and diseases that result, are among the most censored issues in Indian country news.

Further, Pacific Islanders, victims of the nuclear holocaust, withdrew their support from the UN World Conference in New York, stating that demilitarization was censored at the gathering. The voice of the peace makers who oppose war, and the spying on the peacemakers, are among the most censored issues in national Indian country news.

Both Mexico and Canada exposed themselves at the UN World Conference in New York, Sept. 22 -- 23. First, with the presence of Mexico's President Enrique Pena Nieto, who is continuing the ongoing genocide of Indigenous Peoples, and then with Canada's rejection of the outcome document.

In Mexico, the massacre of Mayans in Chiapas in the south, and the theft of Yaqui water rights in the north, are just two of the cases in a country where Indigenous Peoples are considered both a tourist revenue for the government and expendables by both the government and its multi-national corporate crime partners.

Now, the murders and disappearances of students in Iguala, Guerrero, magnifies Mexico's role in violence, police corruption and silencing dissent as the US and Mexico continue their systematic drug and weapons industry.

Iguala has also been a stronghold of Zapatistas, where Indigenous continue to be a voice of autonomy, justice and dignity.

At the UN conference in New York, Canada asserted in a statement that it has the right to violate aboriginal rights and treaties.

Grassroots Indigenous Peoples point to the amount of money spent flying around the world by the well-funded, who use their issues and suffering to obtain foundation grants. These grants often range from $100,000 to $400,000 each. Grassroots Indigenous ask what will come off all this global travel and now more talk at the United Nations.

As for the national news media in Indian country, it has collapsed after years of plagiarism and deception.

The owners of one Indian news website , indianz.com, has received a spy contract from the Pentagon. Ho Chunk, Inc., which owns the news website indianz.com received an $80 million contract from the US State Department for domestic and international spying this year. The contract was awarded to Ho Chunk Inc.'s All Native subsidiary. A second contract gives them an office at the Pentagon in 2014.
Ho-Chunk, Inc, is owned by the Winnebago Tribe of Nebraska and has divisions in Saudi Arabia, Afghanistan and Iraq, according to its website.


For permission to repost this article in full brendanorrell@gmail.com
Please share our link
at October 07, 2014