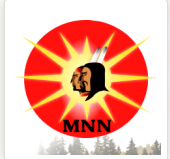 Please post and distribute. Nia:wen.
MNN. Oct. 8, 2014. Blue Skies Inc. is holding a supposed “Truth Commission on Indian Boarding Schools” in Wisconsin on October 22 to 24, 2014. The U.S. is exporting its genocide program. The holocaust of Great Turtle Island is well known. Over 150 million Indigenous people were eliminated. Canada is a well-known police state that mistreats indigenous people. Dictators of corporate countries are sending their police and government agents to study how Canada and US committed the “perfect crime” and think they got away with it. They’re here to refine their own procedures and take them back to their homelands. Somebody has to do the dirty work. These henchmen will be probably done away with too.

“South Africa studied Canada’s system of apartheid. We can do better!”
Corporate tribunals and commissions are set up where the scoundrels sit as commissioners and judges to hear and record our horrid death camp experiences. They listen, discuss and then secretly perfect the recipe for mass murder to be carried out in other corporate police states. South Africa studied Canada’s blood quantum legislation in their Indian At and developed apartheid from it. South Africa no longer follows  the apartheid program. Canada continues.

“Herr, Hitler. CIA said Canada can teach ISIS the perfect holocaust!”
We speak of our experience so that Indigenous people worldwide will escape the same tragedy.
UN Agenda 21 meets all the criteria for the crime of genocide. The shareholders/perpetrators want a full-proof recipe for murder, to continue the genocide and no person to be held responsible.
Agencies, foundations and corporations masquerading as countries are registered with the Vatican. They operate under many corporate fronts to carry out skullduggery on the poor and down trodden. Controlling the economy and setting up brainwashing schools to pass as education are all part of the agenda.
Outright murder, diseases, epidemics, prisons, death camps, direct attacks and supplying weapons to both sides are some of their tactics. Being the master means wanton lying, killing and manipulating the world. It’s all going to backfire. Even amongst their own people the brainwashing is failing.

“The Buck stops here!”
Time and time again these mass murderers have been tried and convicted. Punishment is forthcoming. We Indigenous need to get past the horror stories. We should collect funds at these meetings to sue the Vatican for genocide of Indigenous people of Great Turtle Island. The only non-Admiralty court is the international Court of Arbitration in The Hague. Commissioners and judges, how much money can you give us to do this? Canada’s newest class of millionaires are the 630 corporate Indian Chiefs in Canada. They work every day to implement the Indian Act genocide policies. Brothers, can you spare a dime?
Blue Skies Inc. of Britain is not the same blue skies that Willie Nelson sings about: “Blue skies smiling at me. Nothing but blue skies do I see. Blue days all of them gone. Nothing but blue skies from now on.” Sing it, Willie! Willie Nelson. “Blue Skies”.
MNN Mohawk Nation News kahentinetha2@yahoo.com For more news, books, workshops, to donate and sign up for MNN newsletters, go towww.mohawknationnews.com  More stories at MNN Archives.  Address:  Box 991, Kahnawake [Quebec, Canada] J0L thahoketoteh@hotmail.comfor original Mohawk music visit thahoketoteh.ws
http://www.blueskiesfoundation.info/ScheduleOfEvents.pdf Commission on Residential Schools.
Blue Skies Foundation: http://www.blueskies.com/newsletter/august2011.pdf
Read. Bill Gates owns Ebola.

Comment from Thohahoken Michael Doxtater:
Canada should be charged with the Crime of Genocide. They try to ignore murdered and missing women. But there's more. How many families have watched their daughters and sisters sterilized in a eugenics treatments that have been well-documented? How many families know about their sisters and daughters who have died mysteriously in the care of western medical institutions? The Genocide Convention Section 2 (d) clearly state that it is a crime to be complicit or participate in the act of "imposing measures intended to prevent births within the group." Canada has done both. The Indigenous leadership has no choice but to charge Canada with this crime against humanity--rather than waiting for Canada to prosecute itself.
I found this edition of the genocide conventions from 1948. Please share this with your readers.
treaties.un.org