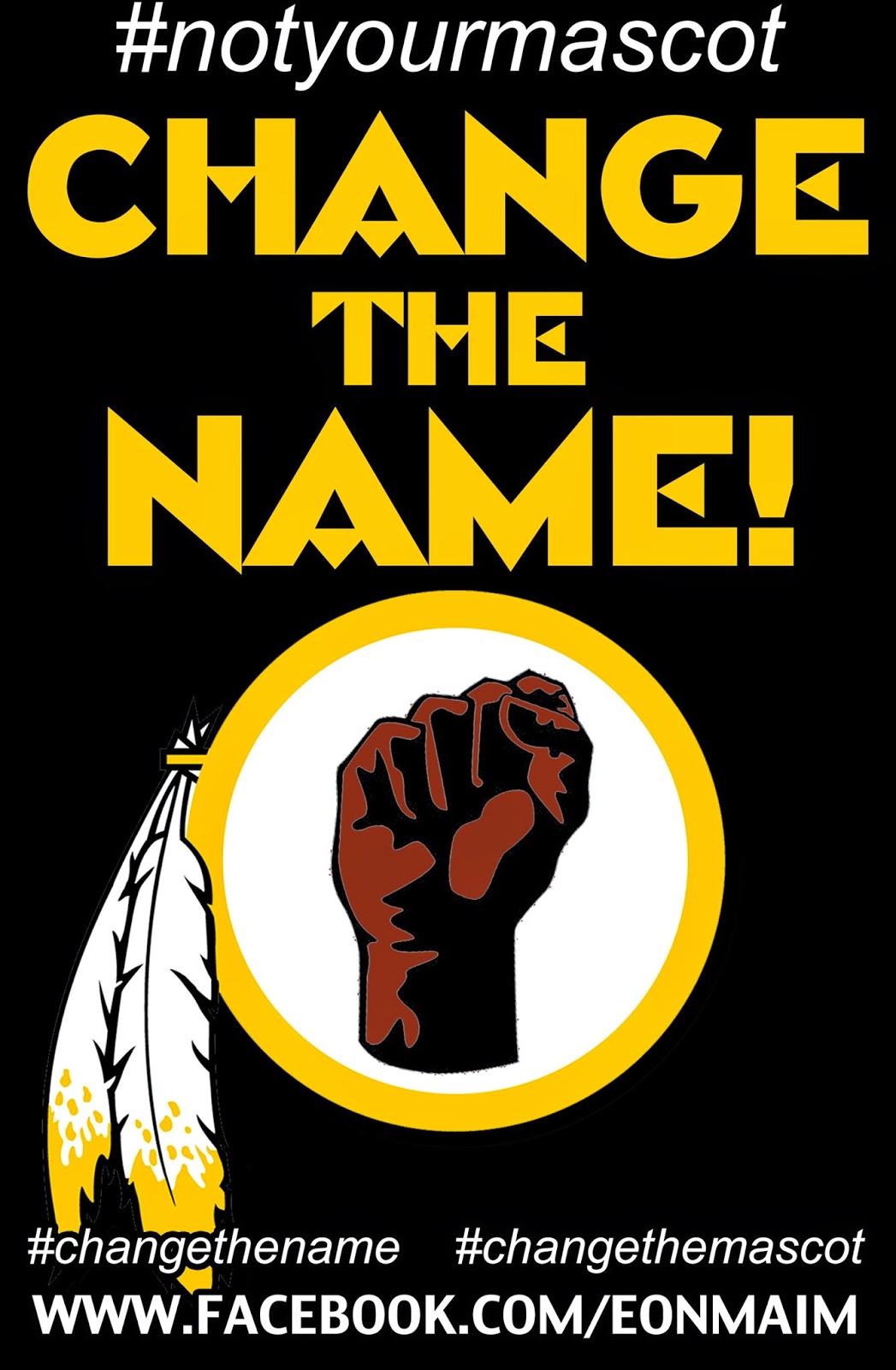 Battle Over Racist NFL Team Name Comes to Glendale, Arizona
Indigenous Organizations to Hold March, News Conference and Rally for Respect
PHOENIX, AZ – A march, news conference an rally for respectful representation of Indigenous Peoples will be held in Glendale, Arizona on Sunday, October 12, 2014. The events will coincide with an NFL game at University of Phoenix Stadium where the controversial Washington team will play against the Phoenix Cardinals.
Eradicating Offensive Native Mascotry, a sponsor of the demonstrations, has issued a call for support of Native Americans, human rights activists, and others who believe Native Americans deserve the right to determine how our culture and identity is represented in media and who are concerned for the future of Native American youth. The Arizona protests are part of a series of nationwide actions at NFL games to “Change the Name & Change the Mascot!” that will be held in Texas, Minnesota, California, & Maryland. The actions in Arizona have special significance as October 13 is recognized by some as “Columbus Day”.

What: March, rally, news conference, & for respectful representation of Indigenous Peoples.
The protest and news conference will coincide with the controversial Washington NFL team’s game versus Phoenix Cardinals.