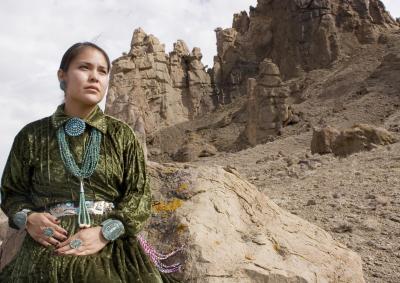 Native Americans first appeared on film in 1895 at the dawn of the medium but were totally excluded from any meaningful role in the production of their own cinematic images for virtually the entire century to follow.  They continue to be marginalized in the entertainment industry today.  Over the last 25 years, however, a renaissance in independent Native American filmmaking has occurred.  This phenomenon is, however, not sui generis.  Indeed, since the 1970s, Native communities, after centuries-old legacies of genocide, displacement, forced assimilation, poverty, alcoholism and demeaning media images, have worked incrementally to take command of their destinies and their representation.  Native American filmmakers have undertaken dramas, crime films, comedies, shorts, documentaries and animation, reaching mainstream audiences and Native communities while working to recuperate tribal languages, spirituality and community.  What we are in fact witnessing is a “national” cinema in formation.  Financed variously by tribal communities and non-Native sources, these films have been guided by Indian eyes, i.e. directed by Native Americans.  We also see the beginning development of a Native American film aesthetic: different ways of perceiving space and time, stories that are circular rather than linear, landscapes which are both real and allegorical.  The Archive is greatly pleased to be able to present this program of works produced in Canada and the United States, representing a cross-section of tribal communities, whether Navajo or Sioux, Seminole or Mohawk, Cree or Inuit.
This series will also feature filmmakers in person to discuss their work (whenever possible), panel discussions and other events.  Please check this website for the latest updates.
Series curators:  Jan-Christopher Horak, Dawn Jackson (Saginaw Chippewa), Shannon Kelley, Paul Malcolm and Valerie Red-Horse Mohl (Cherokee).
Associate curator:  Nina Rao.
Through Indian Eyes: Native American Cinema was generously supported by San Manuel Band of Mission Indians and Hollywood Foreign Press Association.