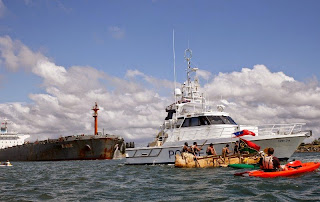 NOW! Pacific Islander Climate Warriors in Canoes Halting Coal Ships
See update at Censored News:
http://www.bsnorrell.blogspot.com/2014/10/pacific-climate-warriors-block-worlds.html
AUSTRALIA: After the stand off with the first coal ship, which inched it's way through, there's been no other ships coming through when they're were 6 scheduled for this time. Dancing on the beach now! Two of the warriors were arrested and then released with move on notices. Half way through the day. So still a ways to go yet! 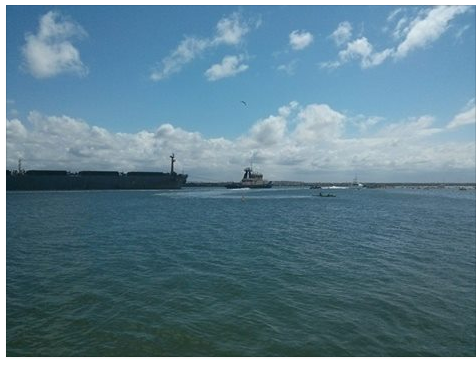 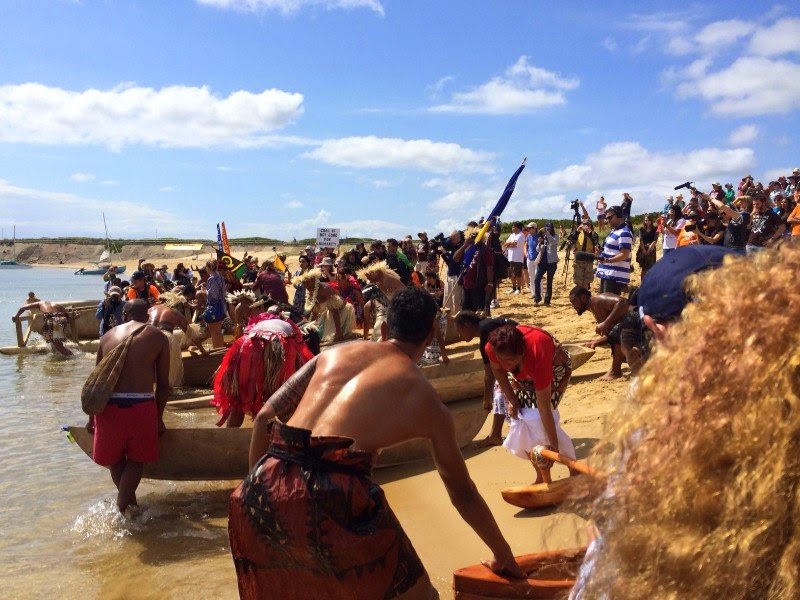 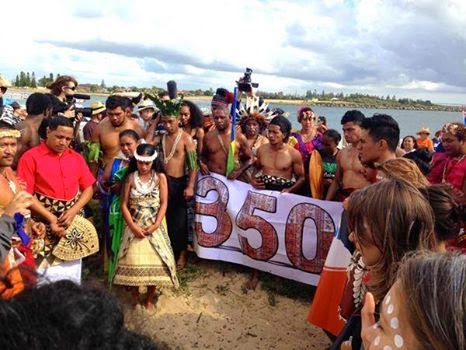