Zapatistas SupGaleano 'About the Homage and the Seminar'

About the Homage and the Seminar

ZAPATISTA ARMY FOR NATIONAL LIBERATION.
March 2015.
Espanol, Italiano, Francais
To the compas of the Sixth in Mexico and in the World:
Compas:
I have been asked to let you know that…
Despite the significant increase in military activity in the vicinity of the Zapatista Caracoles (aggressive patrols, intimidating checkpoints, threatening flyovers)—particularly in the caracoles of La Realidad and Oventik (the first has just opened a school-clinic, and the second will host the tribute to Don Luis Villoro Toranzo)…
Despite the growing belligerence of the paramilitary groups sponsored by the Chiapas government…
Despite the tired “new” lies in the paid media /no, there is not and there has not been any proposal for dialogue; no, not since 2001, that is to say that no federal official has approached the EZLN in the last 14 years for any reason other than in an attempt to assasinate the Zapatista leadership; no, the federal and state governments are not looking to improve the living conditions of indigenous people in Chiapas, rather, they are trying to divide communities; no, the only governmental approaches that Jaime Martinez Veloz claim for himself were not to Zapatistas but to the paramilitaries backed (before he took over) by Luis H. Alvarez, Juan Sabines Guerrero, Felipe Calderon Hinojosa, and now Manuel Velasco Coello, Rosario Robles Berlanga and Enrique Peña Nieto, one of whose groups (the CIOAC-H) is responsible for the murder of the compañero teacher Galeano; no, and so forth and so on/…
Despite the fact that truth and justice are still missing in Ayotzinapa…
Despite the fact that out there they’re busy with other things (more important things, right?) and that quickly changing trends in “mobilization” only prove that frivolousness is the overall strategy… 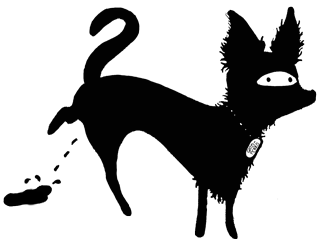