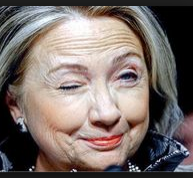 Hillary Clinton has deleted all her e-mails, leaving me with two questions. First, with all the NSA spying going on, aren't those e-mails stored in some cryptic tomb somewhere?

Also, I am wondering about those iris scans that Hillary, while Secretary of State, asked her Ambassadors to collect. The iris scans, and personal data, were ordered by Hillary and then exposed in the big Wikileaks State Department dump. In case you missed it, here goes:

The State Department asked US Ambassadors to engage in espionage. 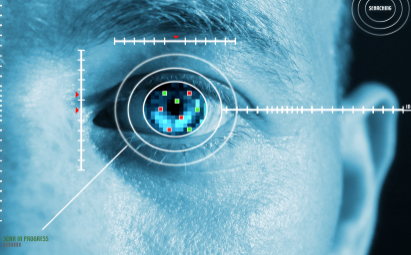 As originally reported in Censored News after the big Wikileaks dump, here it is:

Clinton wrote, "Data should include email addresses, telephone and fax numbers, fingerprints, facial images, DNA, and iris scans."
The April 16, 2009, cable was for "reporting and collection needs: African Great Lakes," for the Democratic Republic of Congo, Burundi and Rwanda. Similar cables were written for other parts of the world.
Along with ethnicity (tribe and clan) and religious information, Clinton asked for "compendia of contact information, such as telephone directories (in compact disc or electronic format if available) and e-mail listings; internet and intranet 'handles,' internet e-mail addresses, web site identification-URLs; credit card account numbers; frequent flyer account numbers; work schedules."
Clinton's cable to Paraguay inquired about "rifts" and "internal factions" of politicians. The "reporting and collection" needs again included iris scans and DNA.
Clinton asked US diplomats in Paraguay for: "Biographic and financial information on all leading contenders, and especially on Minister of Education Blanca Ovelar, former Vice President Castiglioni, Lino Oviedo, and Fernando Lugo; and biometric data, to include fingerprints, facial images, iris scans, and DNA, on these individuals."
Africa cable:
http://213.251.145.96/cable/2009/04/09STATE37561.html
Paraguay cable:
http://213.251.145.96/cable/2008/03/08STATE30340.html

We realize that many of you don't like to read long stories, so we'll keep this one short.

Also see: CNN: Hillary deleted all e-mails, wiped the server clean
OK, so maybe I have a third question: Hillary did you re-read your 60,000 e-mails to determine which ones were work related, and which ones were personal? So, how long did that take?
Posted by Censored News, publisher Brenda Norrell at March 30, 2015