The words of the EZLN’s General Command in the voice of Subcomandante Insurgente Moisés in the Zapatista community La Realidad at the presentation of the Zapatista Autonomous School, “Compañero Galeano” and the Autonomous Clinic 26 of October, “Subcomandante Insurgente Pedro” to the Zapatista bases of support, March 1, 2015.
Good morning to everyone, compañeros and compañeras of this zone, in this caracol of La Realidad, Selva Fronteriza zone.
We are here with you today, compañeros, compañeras of this zone, to officially turn over these buildings to the compañeros and compañeras bases of support of this Zapatista community, La Realidad, Nueva Victoria, as it is called in the struggle for us as the Zapatista Army for National Liberation. 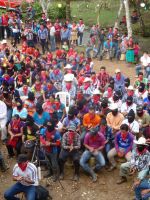 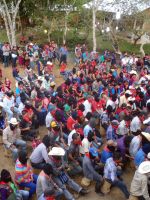 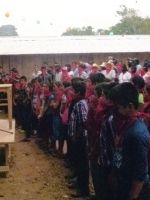 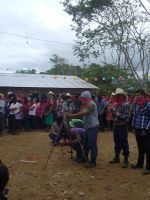 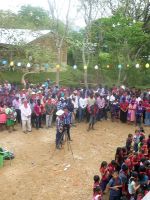 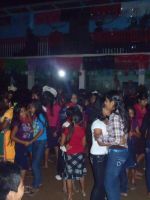 [1] Member of the EZLN’s civilian militia or reserves.
[2] The text uses “otroas” meaning “other,” to give a range of possible gendered pronouns including male, female, transgender and others.