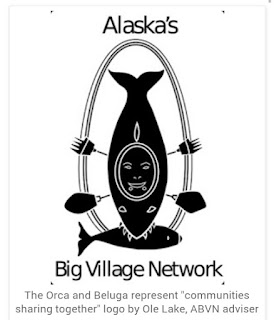 As Anchorage prepares for the visit of Obama, Alaska's Big Village Network is holding a public demonstration to demand that the United States President Obama to "Save the Arctic" from offshore Arctic drilling operations currently underway by Shell Oil.

The public demonstration is one of many planned in Anchorage to build local and international awareness of the fragile Arctic Ocean that provides for a global nursery on the planet. The Arctic is a vital and critical food security source for Arctic indigenous peoples inhabiting the entire Arctic Region. The Arctic is an international migratory pathway for many animals, birds, fish, and marine mammals.

"Salmon is the backbone our subsistence economy," says Ole Lake, Yupik advisor for Alaska's Big Village Network. "The high probability of an oil spill in the Chukchi Sea drilling operation by Shell Oil directly affects our salmon habitat. The salmon feed of the rich biological ecosystems under the sea ice in the Arctic. All Alaskan Native peoples are impacted and threatened by offshore drilling in the Arctic."

Shellno Alaska has three demands of President Obama: 1. Cessation of exploratory drilling in the Arctic; 2. Protection of Indigenous Peoples Human Rights and Alaska's communities; 3. A rapid and just transition to renewable energy; 4. Binding agreements at the 2015 U.N. Climate Change Conference that are on par with what science has shown is necessary for a livable future.

Carl Wassilie of Shellno Alaska says: "We have to represent the voices of those who can't speak, including future generations and the animals. Arctic drilling is a violation of the human rights of the indigenous peoples of the Arctic. Obama and Shell are bypassing many laws designed to protect our coast and our communities. Obama needs to start listening to the peoples of the Arctic who oppose Arctic drilling."