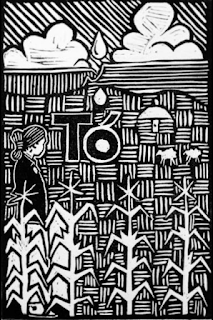 Shiprock, NM – On August 30, 2015, a second People's Teach-in will be held in Shiprock to continue the dialogue toward solutions for long-term Diné Water Security, with a central focus on the San Juan River contamination and the impacted Diné communities.

On August 13, 2015, a People's Teach-In was held at St. Michaels Chapter addressing several critical threats to Diné Water Security. The following day, Arizona Senator John McCain—who represents multiple threats to Indigenous rights and resources—did not receive a warm welcome by a group of Diné and their Indigenous allies in Window Rock, which led to a failed attempt at a closed-door meeting with Navajo Nation government officials regarding the future of Diné waters.

"We are under attack. The U.S. and its agents of settler-colonialism are once again performing a scorched-earth campaign against us. We are fighting for the protection and preservation of our beautiful river systems and the holy beings who reside within them. The preservation of water is the preservation of the Diné," stated Brandon Benallie, one of the Tó Bei Nihi Dziil organizers.

The Tó Bei Nihi Dziil organizers planned a People's Teach-in to highlight the importance of water as a sacred element necessary for life and culture. In order to practice self-determination, restore, protect, and plan for future generations, Diné people are teaching and learning about the various issues pertaining to water rights, water quality and water planning for our communities.

About 70 participants from around Dinétah and surrounding areas attended the first People's Teach-In, which featured presentations on numerous impacts to Diné water security resulting from mining contamination, forest fires, climate change, and outside corporate interests.

Knowing the various threats to our water, the history of Diné water rights, and understanding the political landscape of corporate and government relationships is necessary for localized community empowerment.  In 2012, with education and foresight, Diné communities did not let John McCain and former republican congressmen John Kyl, Jeff Flake, and Ben Quayle pass the Congressional Senate and House Bills "Navajo-Hopi Little Colorado River Water Rights Settlement". The settlement bills were complete failures as they did not gain support of the Diné and Hopi people.

Diné believe that same threat from the 2012 water settlement attempts are surfacing again. Organizers of the Navajo Nation Code Talkers Day did not originally plan for the attendance of Arizona Senator John McCain, Arizona Legislator Carlyle Begay, Arizona Govenor Doug Ducey, or New Mexico Govenor Suzanna Martinez, who are believed to be invited guests of Speaker LoRenzo Bates to meet regarding Diné water rights to the Upper and Lower Colorado River. Again, the people stepped up and did not allow the meeting to take place.

Several attendees of the Teach-in also participated in the demonstrations against McCain wielding signs exposing a deeper understanding of the connection between Navajo Nation Speaker LoRenzo Bates and John McCain, with increased coal mining and further exploitation and desecration of our sacred Mother Earth.

Although the individual who was photographed with McCain and flashed the "Protect Oak Flat" sticker in the online viral photo is not part of Tó Bei Nihi Dziil, he exhibits the awareness of government-corporate collusion and willingness to act that we all must have in order to protect our precious resources.

Tó Bei Nihi Dziil organizers will again bring together presenters and facilitate discussions that will investigate the multitude of harms to our water--including the impacts from the coal, uranium, and petroleum industries--in Shiprock later this month. The agenda will focus more on the collaborative work and community support needed to address the current and possible future issues as a result of the U.S. EPA's breach at Gold King Mine in La Plata County, Colorado and their delivery of oil-contaminated water to the people.

Tó Bei Nihi Dziil organizers are accepting donations for the next Teach-in, for the continued work with the Shiprock community during this emergency, and for future events.