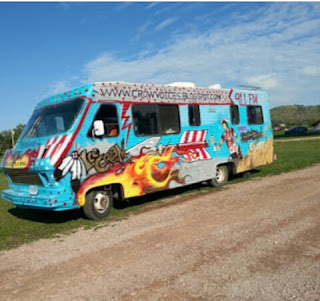 Govinda of Earthcycles is live at the Unity Concert in the Black Hills. The Crow Voices mobile radio station of Center Pole is broadcasting Friday, Saturday and Sunday, Aug. 28 -- 30, 2015.
Listen to shows live and restreaming of performers beginning on Friday night. Three days of performers, including Frank Valn, Ulali and Keith Secola. Rally for the protection of the land, water and air.
Free admission.
Listen: 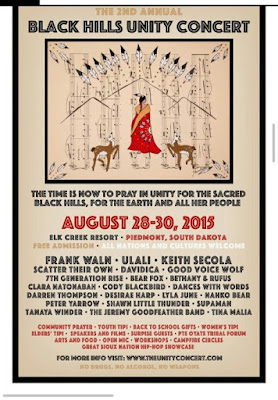