In Rapid City, hate crimes are only 'disorderly conduct' 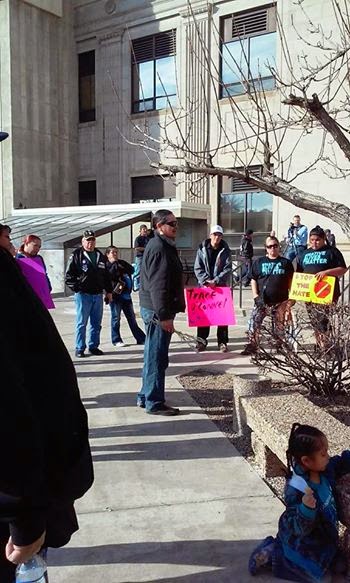 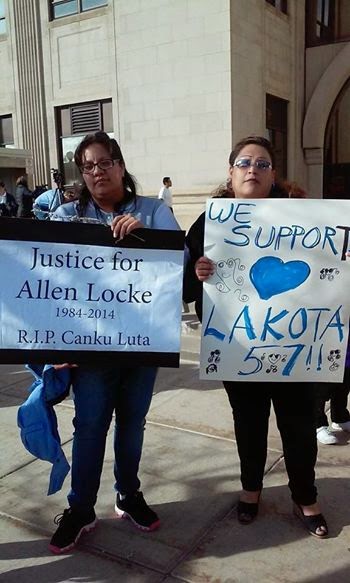 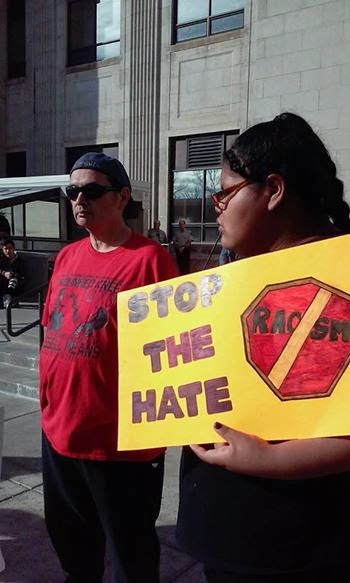 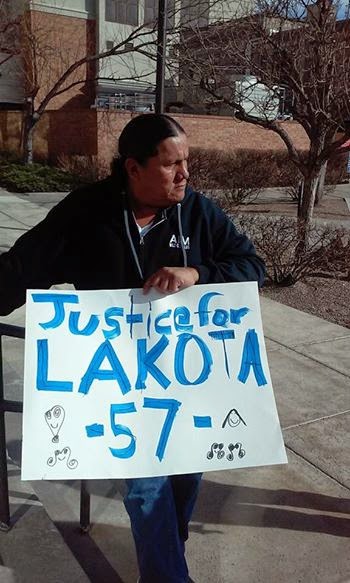 Photos by Jean Roach, Lakota
Censored News
RAPID CITY, South Dakota -- Today in Rapid City, Trace O'Connell did not appear in court, but his lawyer entered a plea of not guilty. O'Connell was charged only with disorderly conduct after throwing beer on Lakota students, and verbally abusing them with racial slurs, at a hockey game. Today's protesters said O'Connell should be charged with a hate crime. The charge of disorderly conduct reflects the good old boy system of justice in Rapid City, a bordertown where racial violence has long been fueled and protected by the media, police and judges.

Read more about this hate crime at Last Real Indians:
Trace O’Connell of Phillip, South Dakota was charged with disorderly conduct. "Mr. O’Connell is the fine gentleman who, while drunk, taunted and racially assaulted several Native American children at a Pro-Hockey Game at the Rapid City Civic Center by spraying beer on them and shouting 'Go Back to the Rez' and possibly other racially motivated attacks against any number of the reported 57 American Horse students who were there as a reward for good behavior and academic achievement."
Read full story at Last Real Indians
http://lastrealindians.com/man-assaults-native-kids-charged-with-disorderly-conduct-in-rapid-city/

Minneapolis AIM spied on via Facebook by Mall of America 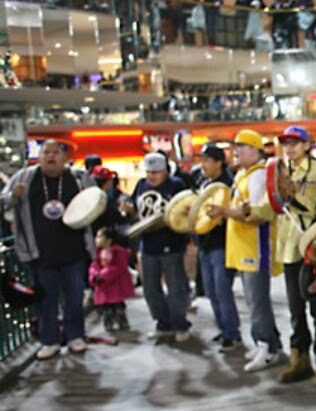 MINNEAPOLIS -- The Intercept exposes how the Mall of America in Minneapolis spied on the AIM Interpretive Center, Black Lives Matter, Idle No More and others using fake Facebook profiles in a scheme known as 'catfishing.' As a result, arrests resulted from peaceful gatherings at the Mall.