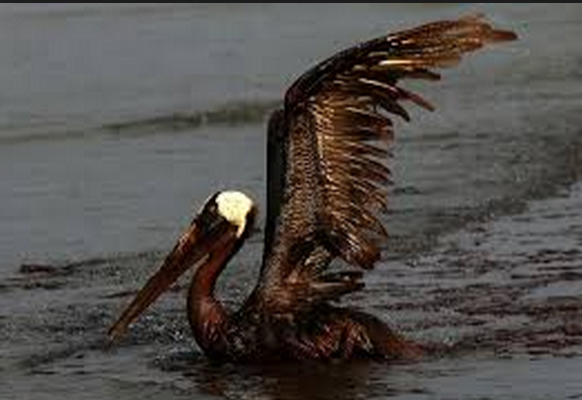 MEDIA ADVISORY
You Are Invited to Participate in a Webinar

Everywhere, USA, March 19, 2015. An opportunity for environmental justice is here! The EPA is taking public comment on its proposed new rules governing the use of dispersants and other chemical and biological products on oil spills in US waters until April 22. The proposed rules have ramifications for spills in fresh water, in the Arctic, and deep offshore. Learn from the experts—the people who live with the consequences of the EPA’s decisions. Panelists include Lyman Welch, with Alliance for the Great Lakes; Emily Harris, MPH, survivor of the Exxon Pegasus tar sands spill in Mayflower, Arkansas; Michelle BarlondSmith, survivor of the Enbridge tar sands spill in Battle Creek, Michigan; JJ Smith, with Earthjustice; Nikos Pastos, with the Alaska Inter-Tribal Coalition; Steve Rothchild, with the Prince William Sound Regional Citizens’ Advisory Council; and ALERT director Riki Ott, an Exxon Valdez oil spill survivor. Panelists will share concerns, successes with citizens’ oversight, and 10 key recommendations for the EPA rulemaking.

One hundred percent of oil spill contingency plans are obsolete for conventional oil and gas—or completely irrelevant for unconventional oil and gas. We have the power to strengthen oil spill response in order to protect ourselves, our families, our homes, and all the things we love. This is our chance to act to minimize harm from oil spills in our communities. Let’s make the most of it because we are all human, and will share the same fate when exposed to toxic petrochemicals.
—Riki Ott, PhD

No one told the children!

June 2010. Pensacola Beach, Florida. Beach workers told Riki Ott, PhD that they were instructed not to go into the water because it was “contaminated.” They even taped their boots to their pants to avoid exposure. No one told the children, and beaches across the Gulf Coast remained open to visitors.

Please post & distribute. Nia:wen.
MNN. 22 Mar. 2015. The central bankers are working desperately to hold onto their debt based fiction. The rigged market of paper is coming apart. According to a  Plutocrat they are minimizing their dependency on the markets and putting their money into land. They are leaving the urban areas and trying to sell their overpriced hilltop mansions. The economic collapse will bring on war. The peasants are coming to their gates. They have to hide from the rioting, looting, violence and revolution.

We Ongwe’hon:weh cannot take their fiat currency for our land. They owe us over $900 trillion right now for breach of contract according to the Teio’ha:the [Two Row Wampum Treaty, June 25, 1701]. The land belongs to our Rotikonsa:tatie [children] who are still under the earth.

Fascist Prime Minister, Stephen Harper, is funding his war by stealing our land and resources. Canadian money is being made worthless. US and Canada have no industrial power and no economy to sustain itself. Cost of living is skyrocketing. Urban cities planned 100 years ago are unsustainable and cannot weather a catastrophe to the markets or to the earth.

INDIAN Chief: “I used to be a ‘fat cat’!”
Canada is making deals with their incorporated INDIAN band councils, who are not Ongwe’hon:weh. They are pretending to buy our land with fiat paper through their fiat INDIANS. In 1923 one USD was worth 4,210,500,000,000 German Marks. The Weimar Republic was abolished. Harper is using his anti-terror bill to set up a new corporation to meet the emergency he created. People, follow the white roots. Stay on the path. Unity, strength, peace.
Johnny Cash reminds the oligarchs they might think everything is good as they dance, but we’ll be waiting for them after the ball is over. “I hear people laughing on the corner by the square. The neon flickers on my wall and I know you’re out there. I’ve been in here a listening for your footsteps down the hall. And I’ll be waiting for you after the ball”.
Johnny Cash, After the Ball.
MNN Mohawk Nation News kahentinetha2@mohawknationnews.com For more news, books, workshops, to donate and sign up for MNN newsletters, go towww.mohawknationnews.com  More stories at MNN Archives.  Address:  Box 991, Kahnawake [Quebec, Canada] J0L 1B0 thahoketoteh@mohawknationnews.comoriginal Mohawk music visit thahoketoteh.ws
CBA denounces C-51 anti-terror bill.
Australian Aborigines land laws.
Crash of US Dollar.
at March 22, 2015 No comments: